Since starting the blog, we’ve heard from many of you ladies asking how we compromise with our hubbies when it comes to decorating our homes.  The truth is they kinda give us free-reign in our spaces. We try to be respectful of their likes & dislikes (not too much hot pink & glitter going on in our households), and for the most part it really works.

But I have found myself in a design dilemma with Finn. The man is a sports nut (as evidenced by his involvement in multiple fantasy sports leagues), and he just doesn’t ever seem to tire of watching football games. Apparently he is pretty good at the whole fantasy thing, because this year he won his league. #uhoh 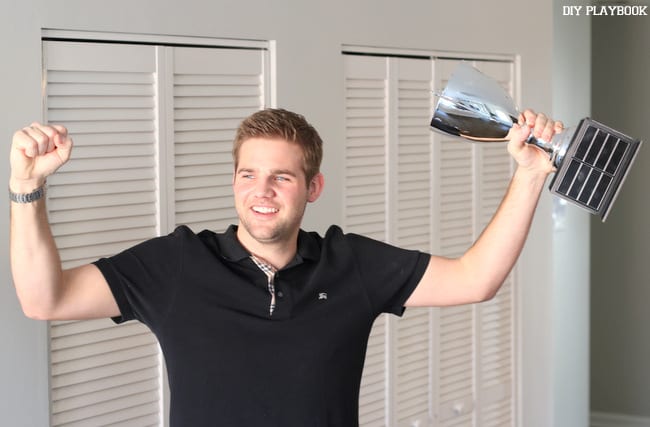 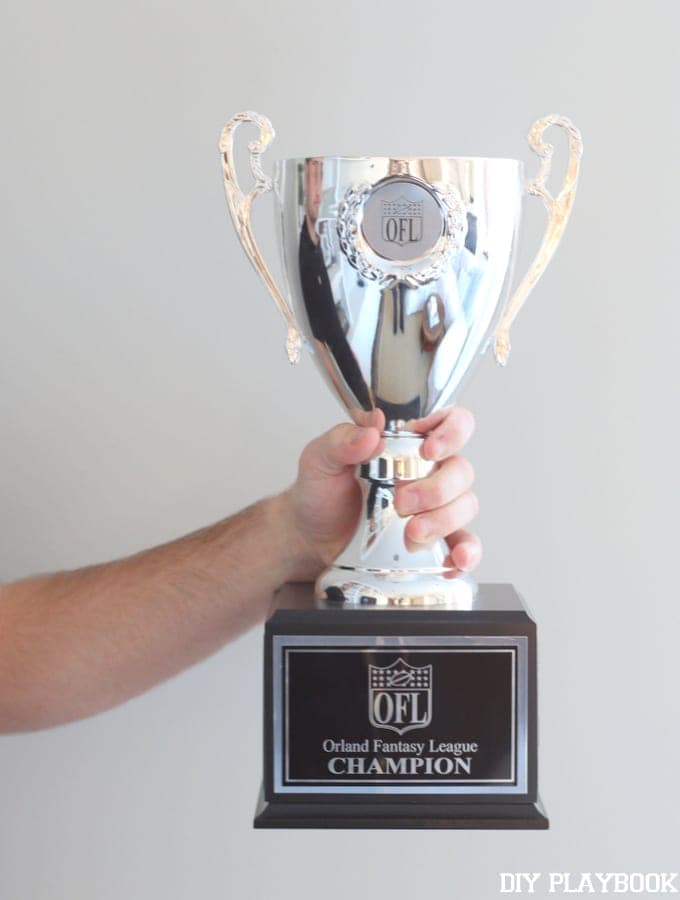 Now of course I’m very proud of him and his accomplishments, but that doesn’t mean I’m eager to display this monstrous trophy in our home. 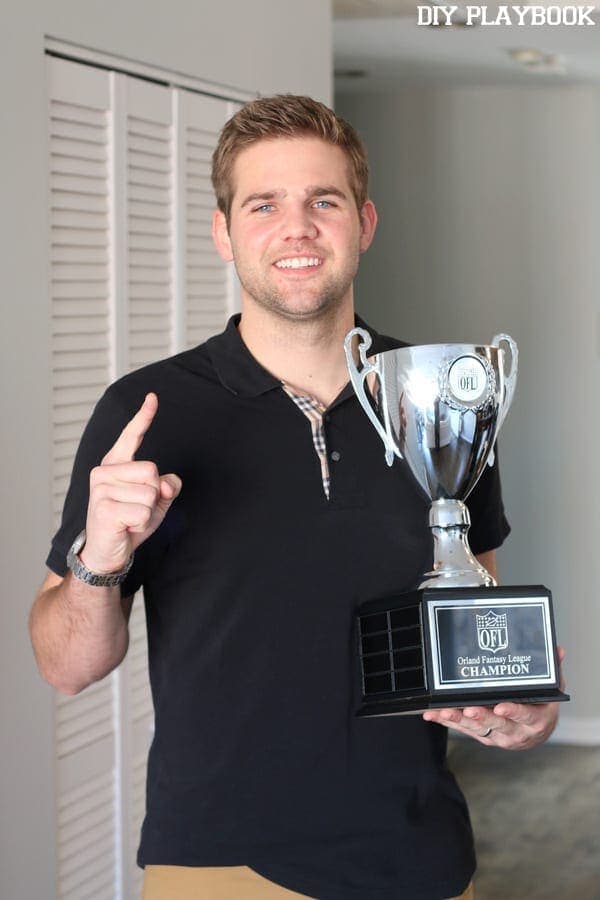 When it initially arrived earlier this year, I gave him a big pat on the back, said congrats, and secretly prayed he would put the trophy in a closet.  Instead of concealing it behind closed doors, he’s spent the last 4 weeks moving it from place to place throughout our home. 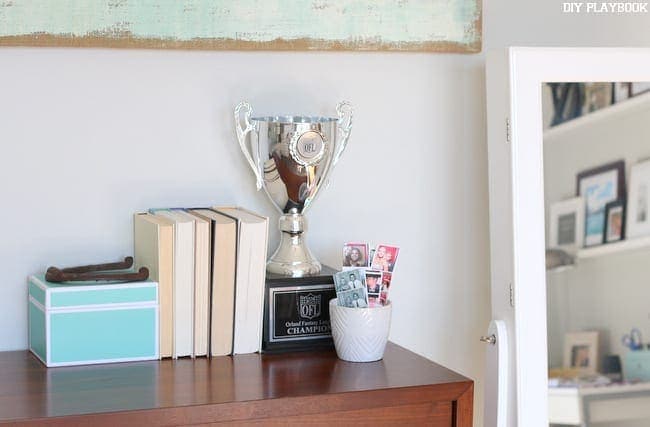 For awhile it hung out in our bedroom. And it even spent some time on our nightstand. Because every girl loves waking up to a ginormous trophy in the morning…. 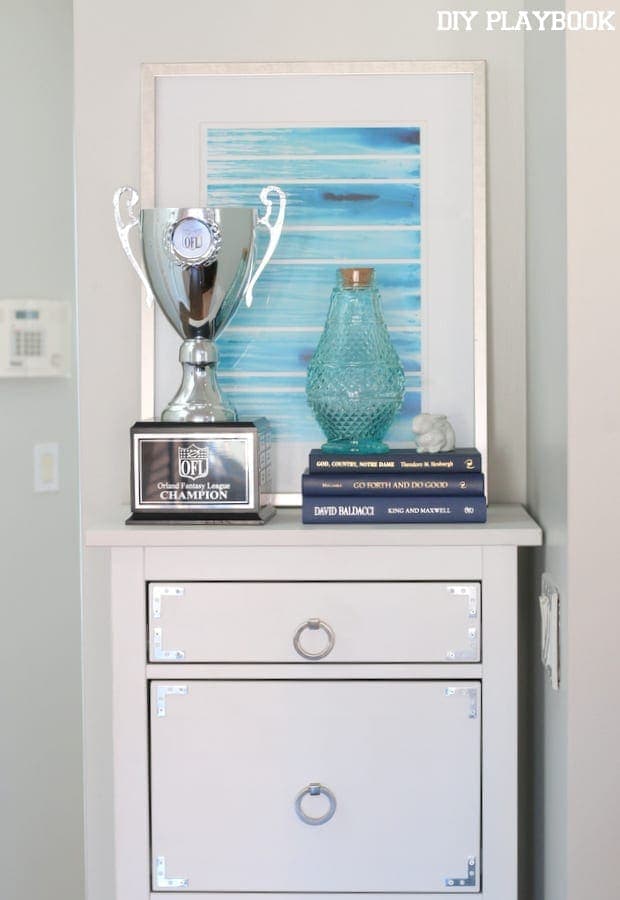 It’s been in the hallway. 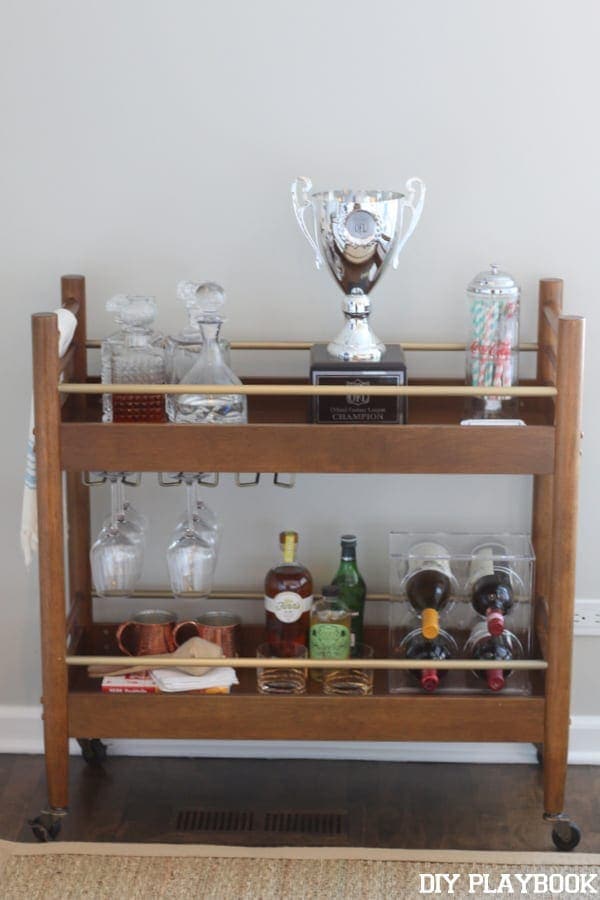 And it’s also spent a few days chilling on our new bar cart. 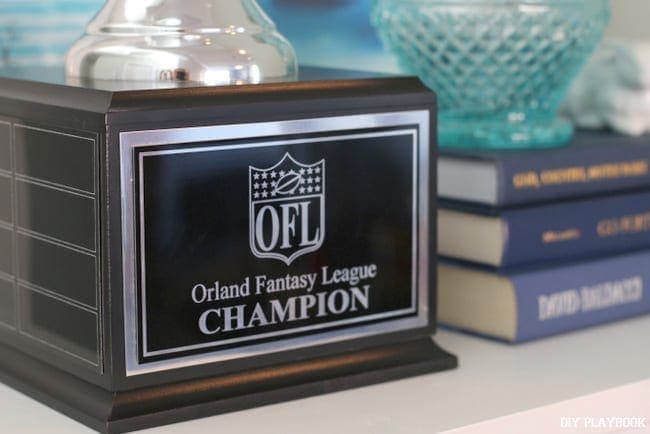 I’ve tried to gently suggest that he brings it to work to show off to all of his colleagues! But instead of saying, “you’re right, Casey! You always have such brilliant ideas. And did I mention that you’re looking extra beautiful today?” I got a mini lecture about allowing him to display some of his favorite items around our home, since it’s OUR home after all. 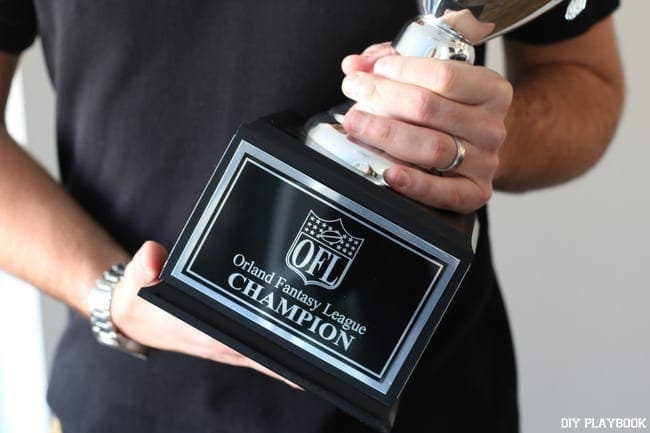 Okay..he does have a point. I was being a bit selfish not wanting to display his big award in our space. But how can I make this big ol’ trophy fit in with our home’s style? 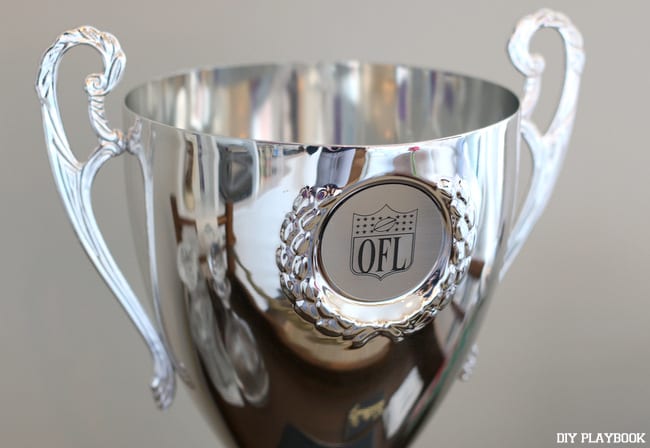 It’s not going to be easy, but I’m willing to make it work… for now at least. The truth is as much as I’m not in love with the fact that I have to display this less than Pinterest-worthy piece of home decor throughout our home, this new piece of “hardware” is a part of Finn’s story and therefore will become a part of our home’s story. We are all about creating a home that tells a story here on the DIY Playbook, and I guess it’s time for me to compromise with my better half and practice what we preach… even if it’s not exactly the accessory I was imagining in our new home sweet home.  So it looks like I have no choice but to suck it up and display his new trophy with a smile. 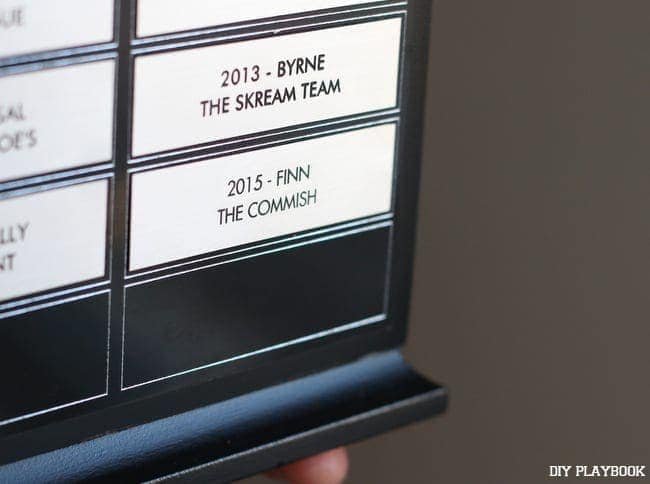 But the best news about this new accessory for our home? It’s only around for 1 year, until the next league champion gets the honor of displaying it in their house for all to see. Sorry Finn…I may be rooting against you next year. Let the countdown to the 2016 NFL season begin!