Frugal February 2019 Recap: How We Did

And just like that, Frugal February is over! I feel like this month flew on by and I’m really excited about the progress we made in terms of our finances. I’ve been sharing a lot over on our Insta Stories but figured we needed an entire blog post dedicated to our Frugal February 2019 recap. If you’re confused as to what the heck Frugal February even is, check out this post for all of the scoop on the yearly tradition we follow in the Finn household. Essentially, it’s a way to reset for the new year and reach our financial goals.

A few days after I posted about our Frugal February challenge, I got an email from a reporter for the New York Times. She ended up interviewing both Finn and me about it and we were so excited that the article was published in the paper.  And I must admit, we did end up spending money to buy a few copies of the paper because we just HAD TO! It was pretty dang cool…

Okay, so let’s start with some of the areas where we ended up spending money this month. Honestly, it’s a hell of a lot better than last year where we had to cough up thousands of dollars for a new hot water heater. Ouch. That one hurt. These setbacks were actually not too bad… 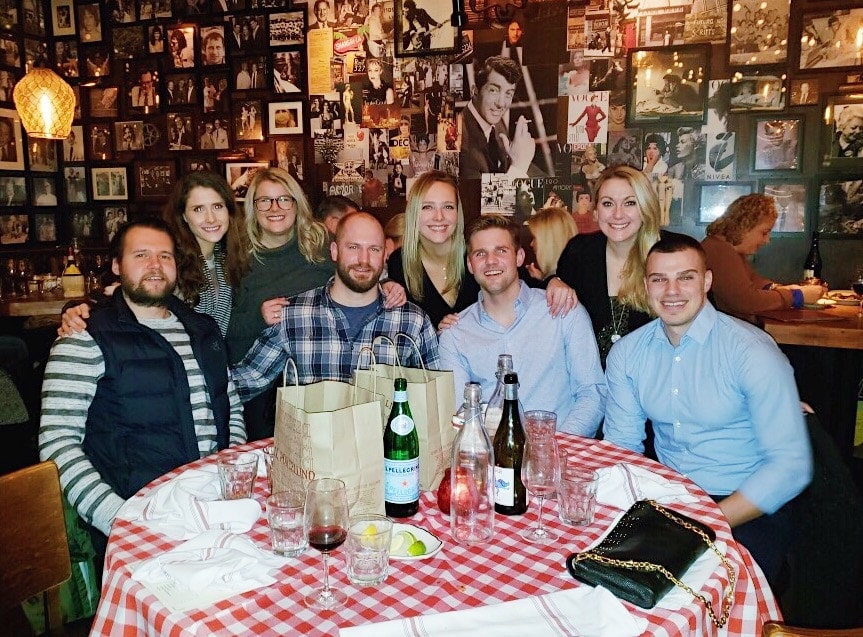 During February, we usually don’t do any dinners out and instead, we find other ways to spend time with friends. However, we ended up making one exception this month. I have a group of 3 girlfriends who were my first friends as children (we all lived right next door to one another and were born over a span of 3 months). We’ve stayed friends for all these years and plan 1-2 get-togethers a year. It’s always incredibly difficult to find a date that works well for all of us (plus our significant others). When we landed on the February date, I didn’t want to bow out because of Frugal February.

We ended up going out with our friends and it was a fantastic night! Yes, we spent money but we didn’t mind because we saw our oldest friends who we probably won’t see for at least a few more months. Money well spent.

A Trip to Houston

Finn’s mom and sister live in Houston and we do our best to go down to see them whenever possible. We had been chatting about taking a trip to visit them and realized that we better make it happen soon (because our spring calendar is filling up!). We ended up using credit card points to cash in for our flights (no money spent!) and stayed at Finn’s sister’s house (free accommodations!). However, we did have to purchase a couple of meals during our stay there. So yes, money was spent but we were proud that we kept it very minimal.

Even with those setbacks, I did get into some new habits during the month that I hope I continue throughout the remainder of the year. I’m sure I won’t be as diligent as I am during Frugal Feb, but it’s nice to challenge yourself to be a bit more conservative with your money.

Working at the Library 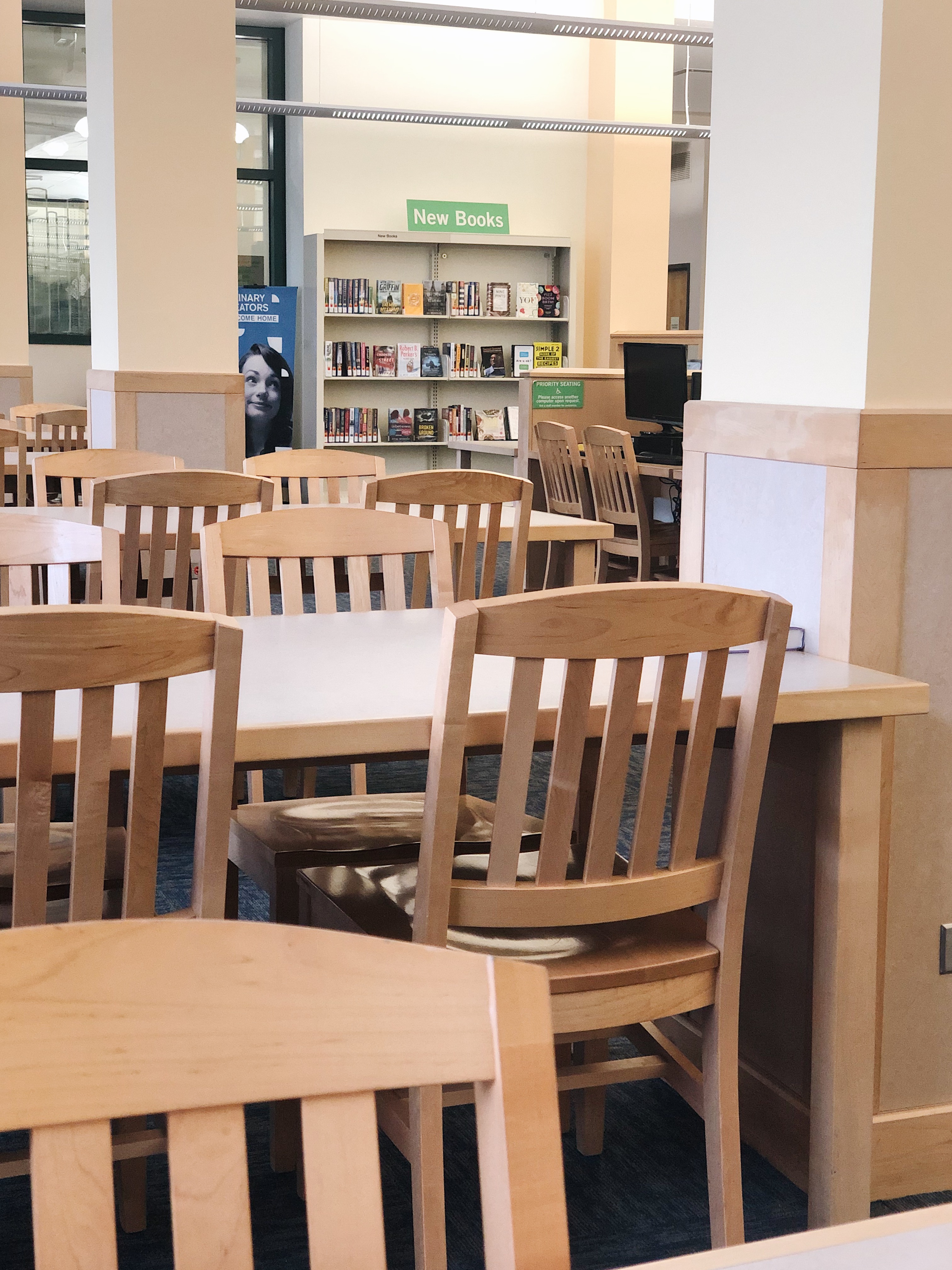 I usually like to get out of the house and head to a coffee shop a couple of days a week. I get a little stir crazy at home and I find that I do my best writing when I’m out of the house and in a noisy environment (maybe it’s the old news reporter in me who thrived on a busy office!). You pretty much have to buy something if you plan to work at a coffee shop for a few hours, so I always get a coffee and sometimes even a scone or pastry. That certainly adds up (on the wallet and the waistline).

Luckily, I have a Chicago public library within walking distance of my house so I headed there a number of days last month. It was surprisingly sooooo nice! They have free wifi, big tables to spread out, and of course, everything is free! I would make my own coffee from home, fill up a big water bottle, and head over the library for a few uninterrupted hours of work. This is going to sound lame, but because I spent a lot of time at home I really got into organizing our house. Finn tackled the kitchen and we got rid of tons of random utensils and unused pots & pans. While I really went to town on my closet and drawers (as we discussed in this post). It was a free activity that made me feel really good and I now have a head start on spring cleaning! 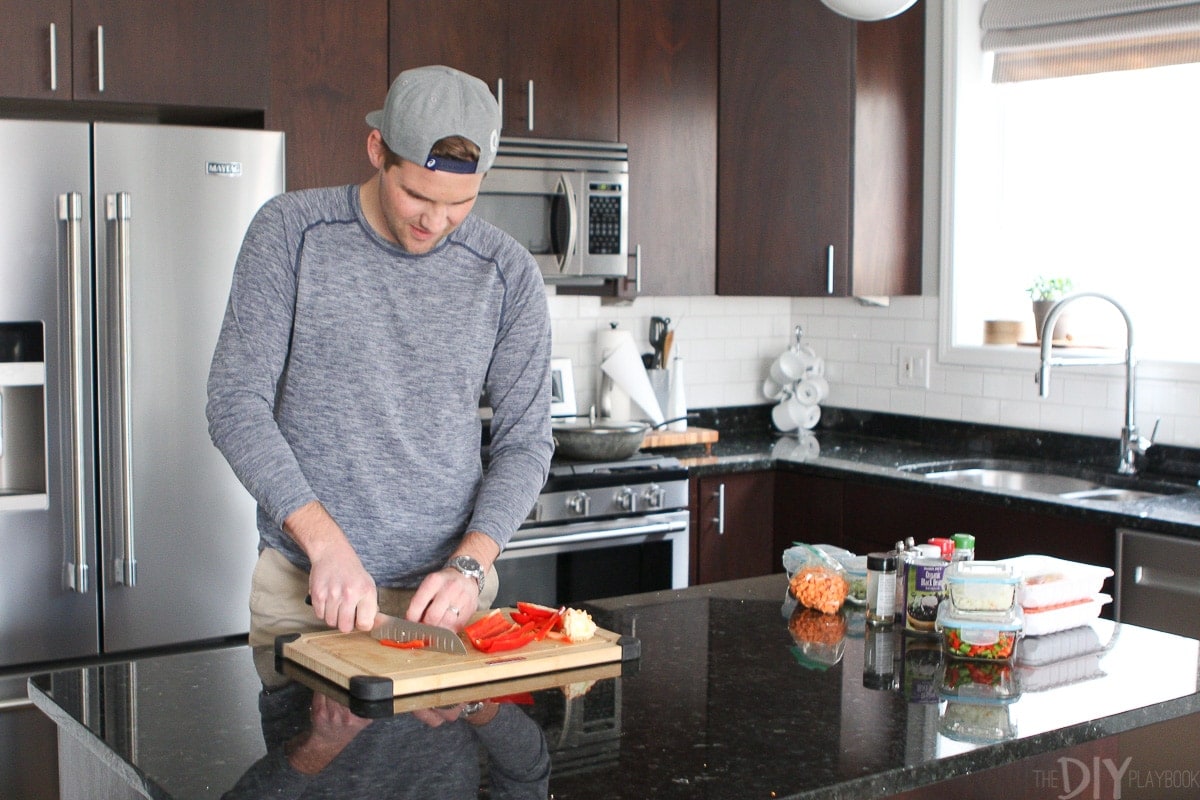 Meal prep is the biggest money saver for us because a big chunk of our budget goes to lunches and dinners out. Making a plan for the week and prepping food ahead of time is key to saving money. We did an amazing job this month with meal prep and it’s mostly due to Finn’s new diet (more details in this blog post). Since he’s eliminated dairy, soy, gluten, and wheat from his diet he has a really tough time eating at restaurants. Instead, he makes his food at home (like this protein bowl and this veggie soup) and brings it into work. 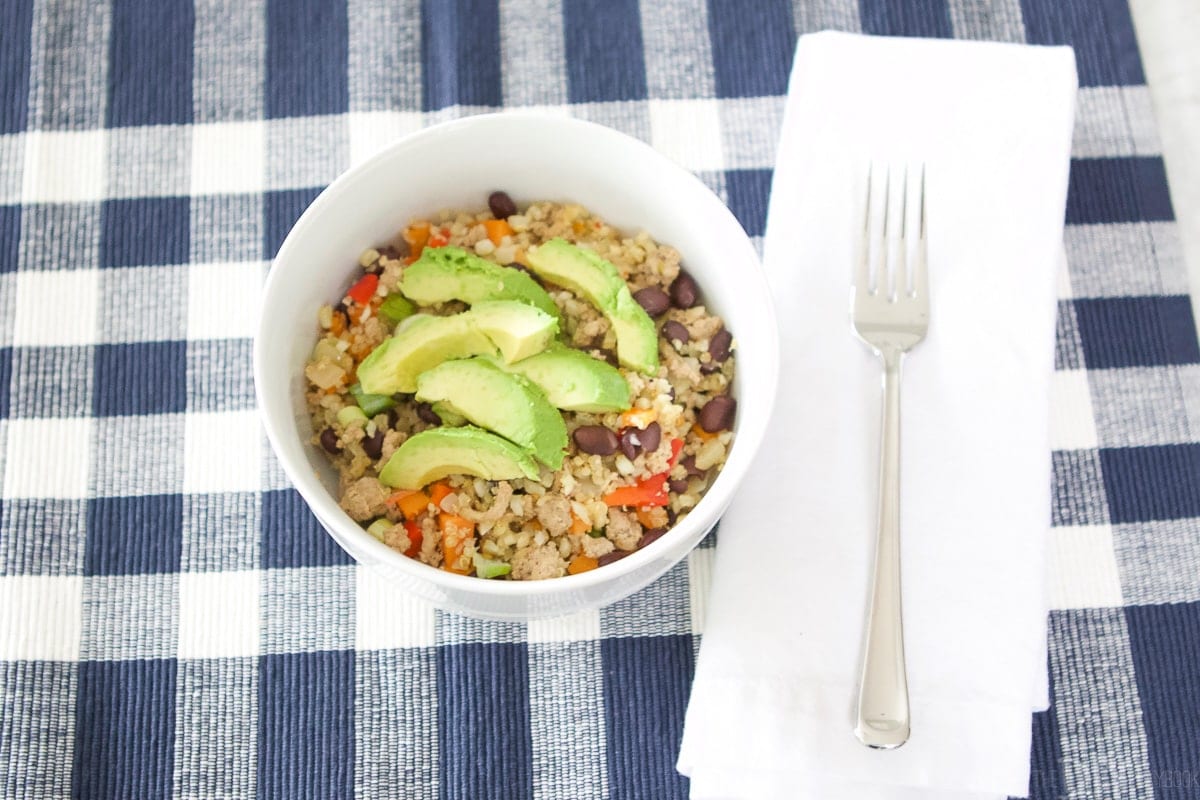 We do spend money on groceries, but because we’re mostly buying produce it truly isn’t that expensive. I know you guys mentioned that you wanted to hear more about Finn’s diet and what he has been eating and I promise we have some posts coming your way! I’ll probably have him share a bit more about how he is feeling and how it went cutting out so many food groups. We’ll also share some of his go-to recipes along with the new celery juice we both drink every morning (surprisingly so good and makes you feel unstoppable!). 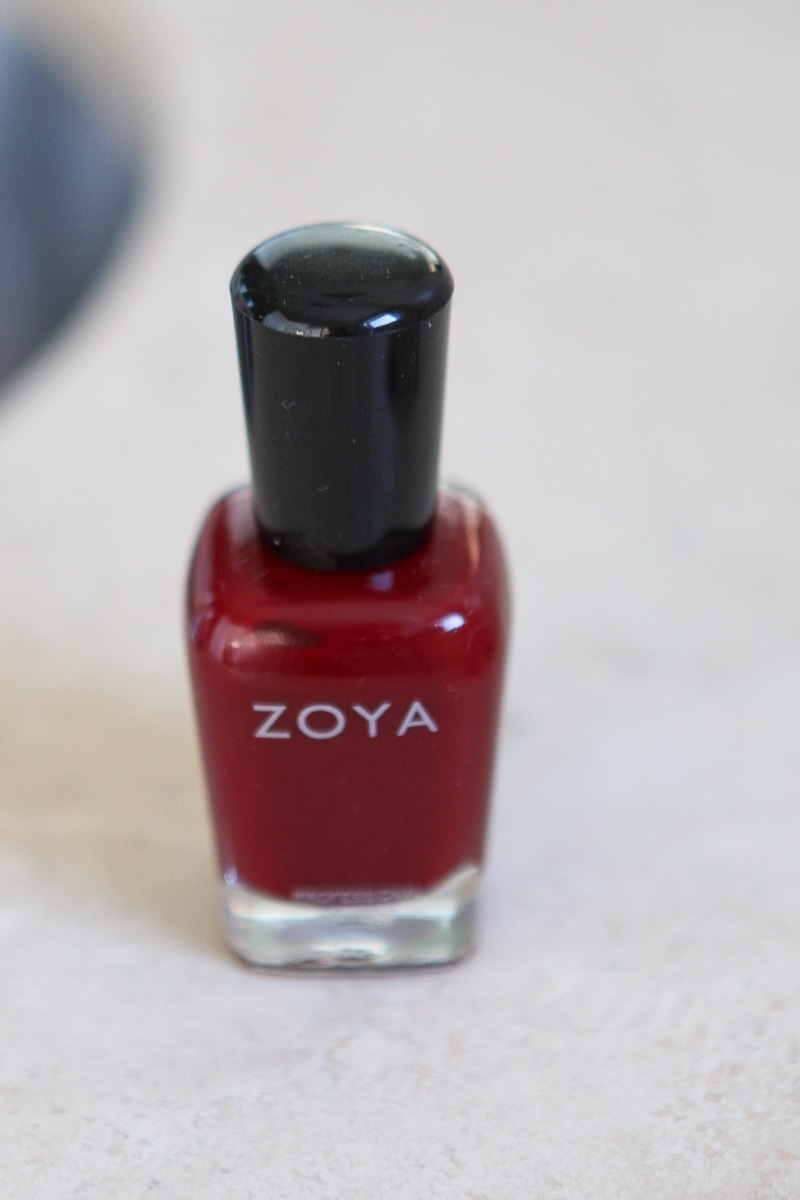 I’ll admit, I like having my toes done and my nails painted. I used to be a horrible nail biter and getting my nails done helped rid me of that nasty habit. When my nails look good, I won’t bite them and they stay looking really nice. I switch between doing gel nail polish, regular polish, and no polish every few months in order to give my nails a break. But I always go to the nail salon to get them done which adds up big time!

This month, I tried a few at home manicures. I’m not gonna lie, I’m horrible at painting my nails and I have no patience to let them air dry. But I did follow most of the steps from this tutorial and did an okay job of my nails. I used this green nail polish and got great results. I will probably still go to the nail salon now that Frugal February is over, but it was a fun challenge for myself (and maybe I’ll do more at home pedicures!). 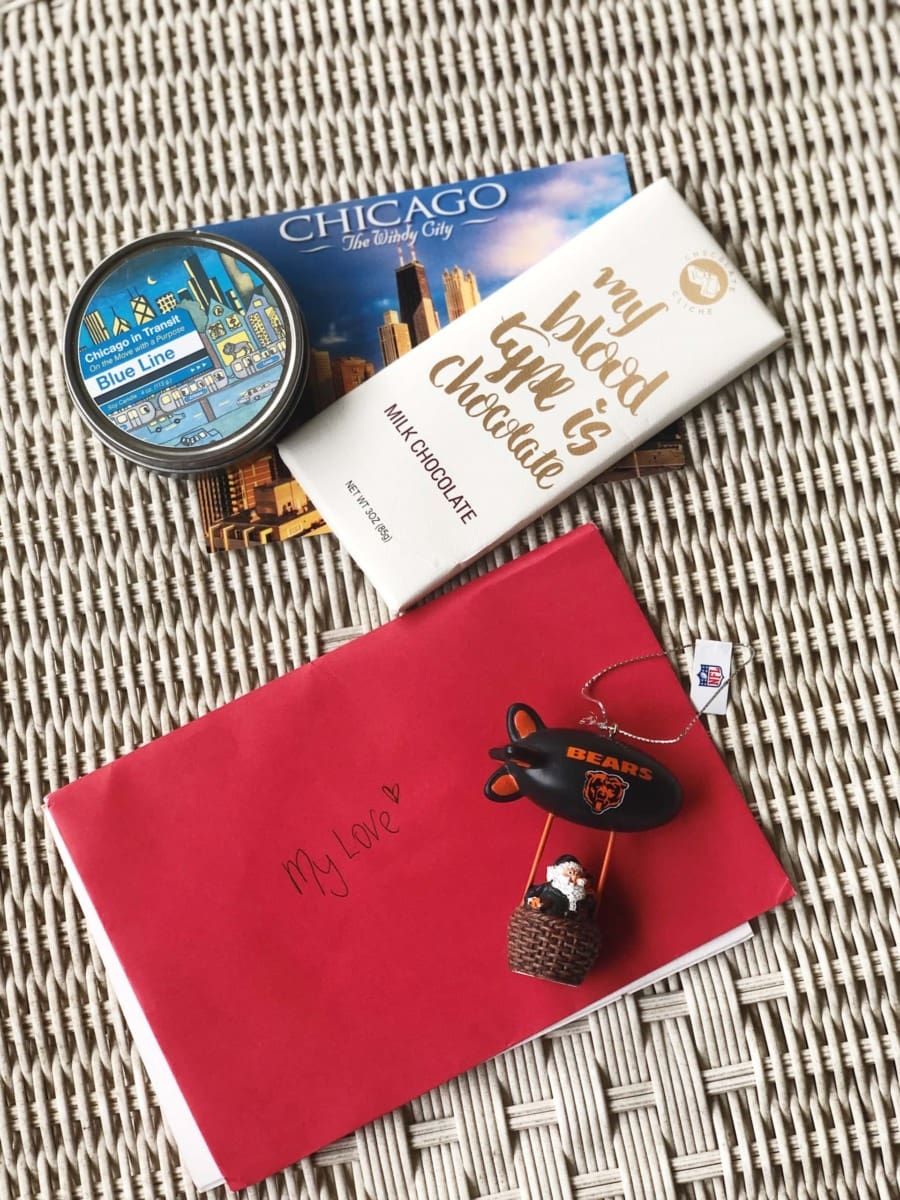 A few of you guys were hesitant about doing Frugal February because of Valentine’s Day. Finn and I don’t really get into Valentine’s Day and we usually just exchange cards and have a night in at home. This year, we decided to do a Valentine’s Day gift challenge and only spend $14 on one another. To make it even more of a challenge, we had to do our shopping on Valentine’s Day at the airport as we waited for our flight out to Houston. We had 10 minutes to find creative gifts and it was hilarious!! We had an absolute blast and it was much more memorable than spending a lot of money on a random gift for one another (you can watch the entire challenge on Insta Stories, saved under the “Frugal Feb” highlight). 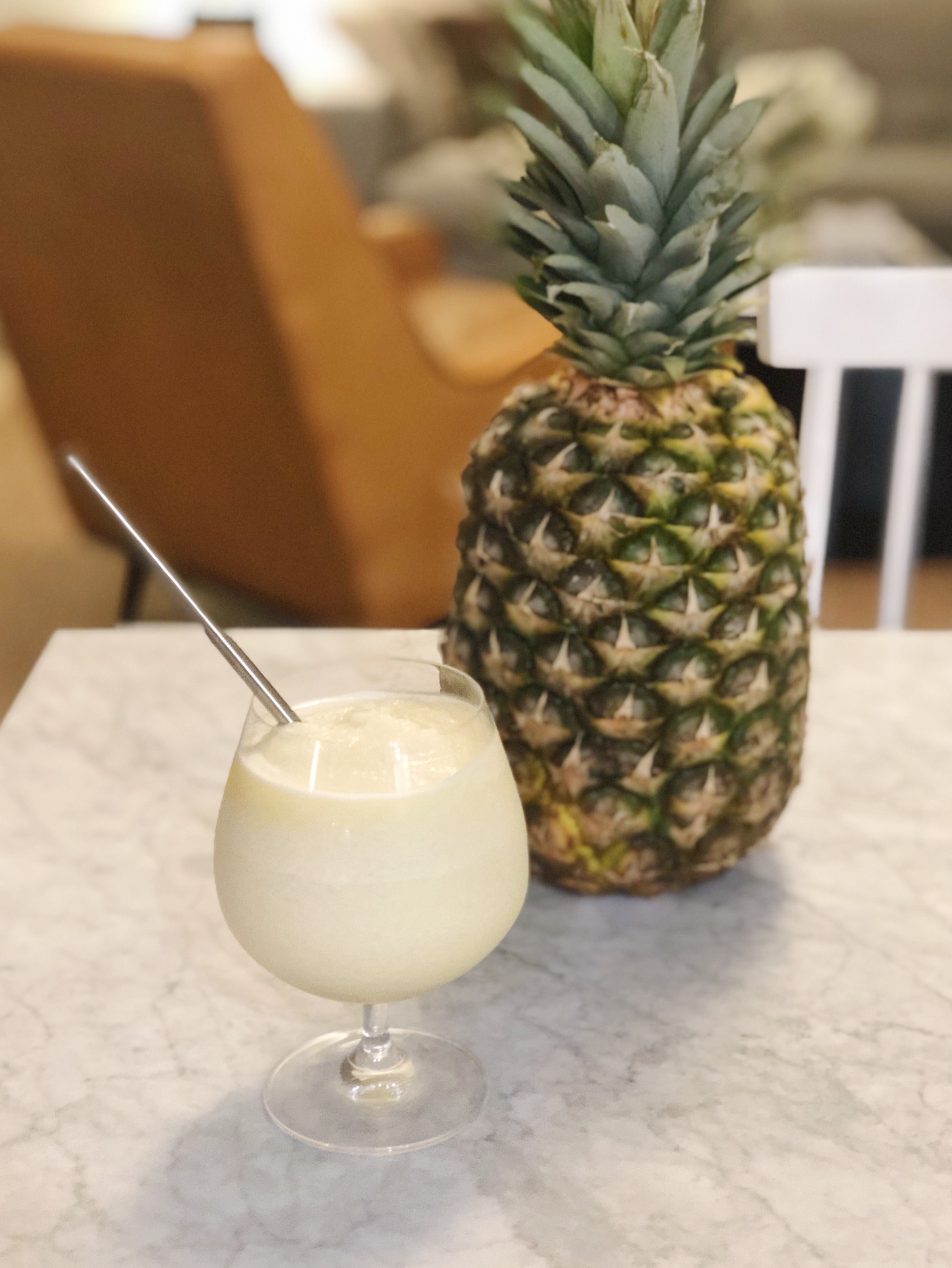 Another creative idea was to have a themed date night in. Last year, we did an Olympic-themed game night and we still talk about it to this day (you can read all about it right here). This year, we kept things a bit more simple and did a beach party theme. I made ceviche and guacamole, we drank pina coladas, and we watched Forgetting Sarah Marshall (a movie set in Hawaii). We even dressed for the beach (I wore a one-piece bathing suit with jean shorts, while Finn donned swim trunks. Felt crazy wearing these items in February, but also kinda hilarious). We had a blast and it was a lot more affordable than heading out for dinner and a movie. To see our entire date night, head to “Finn Family” on our Instagram story highlights. 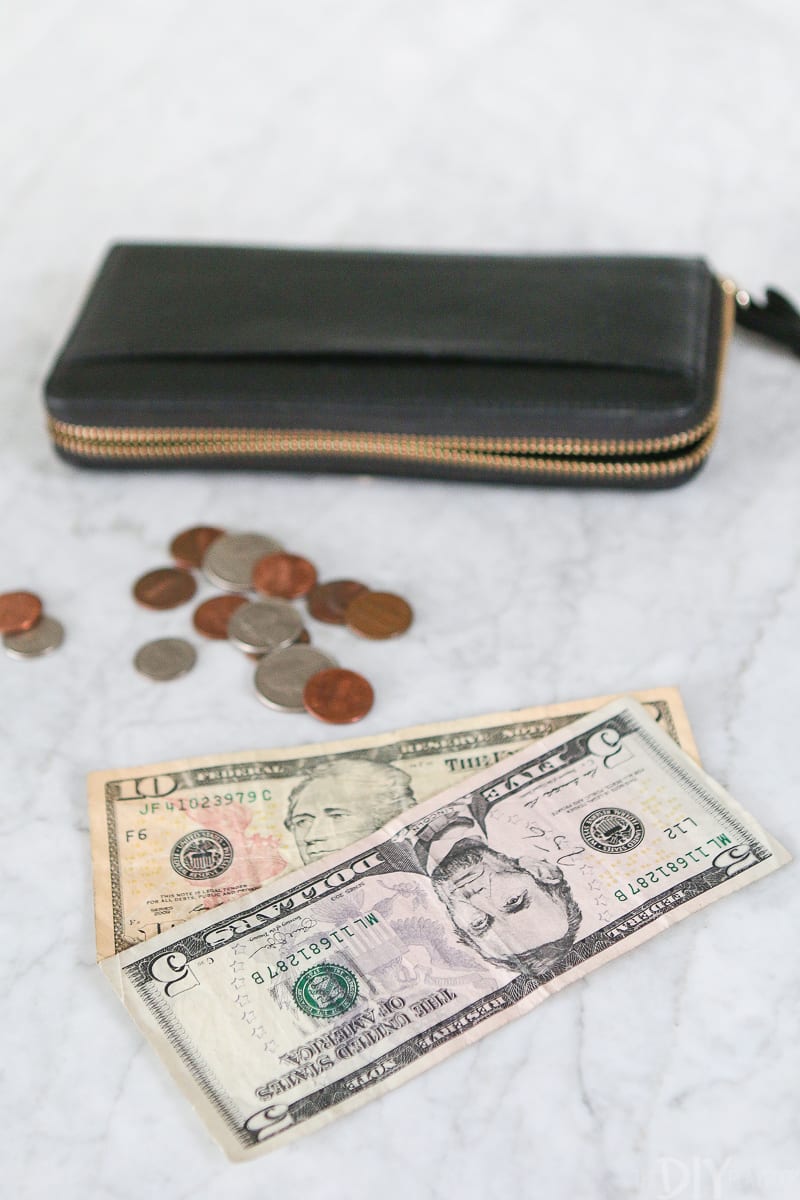 By far my favorite part of this year’s Frugal February challenge was watching what you guys were up to on Instagram with your own month of money saving. I saw so many people making coffee at home, cooking up meals, and getting creative with free family outings. You can check out the hashtag to see some of the people who participated, but a big chunk of people shared on stories (which unfortunately goes away after 24 hours). I loved being able to follow along at what you guys were up to, so maybe we’ll do more hashtags for things like this in the future!

Frugal February Recap – How Much Did We Save?

So now the big question…how much money did we save? I had Finn the math whiz take a look at our finances from the past 28 days and he estimates that we saved about $1200!! A big chunk of change if you ask me! We still saw our friends and family, ate delicious food, and most importantly…enjoyed our time together. 28 days well spent.