Since day one of moving into our home, I’ve always wanted to replace the pendants in our master bedroom. But the truth is I have absolutely NO IDEA what to replace them with, and I’ve been paralyzed with indecision. 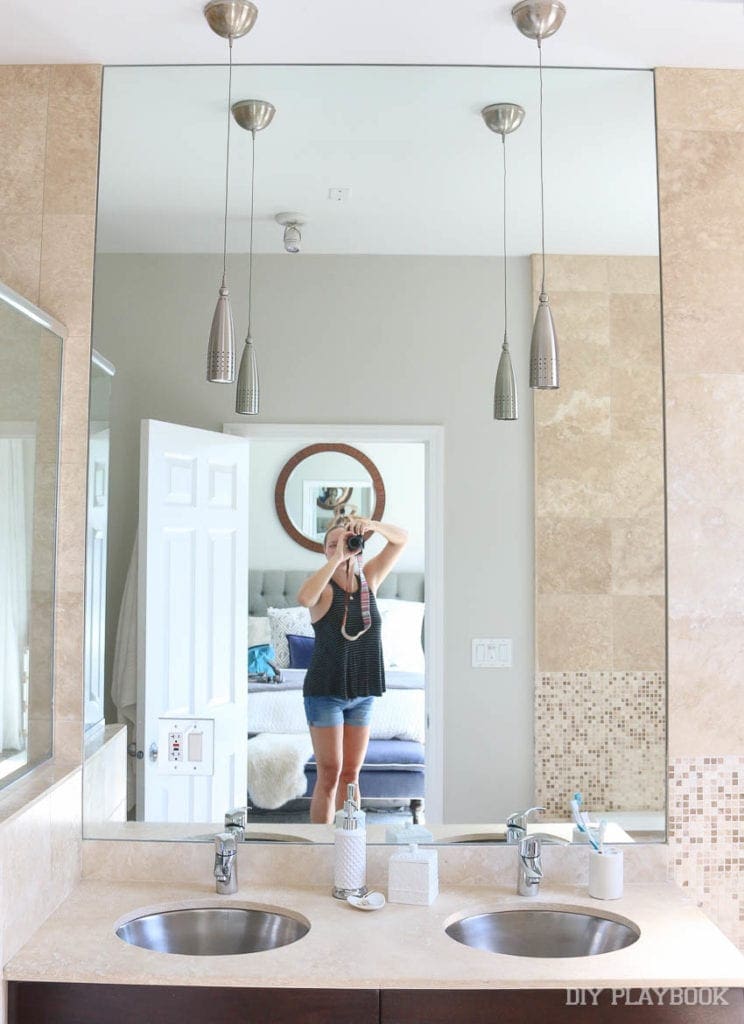 I want to replace these bad boys for a number of reasons, but my biggest concern is that they’re rusting pretty darn badly… 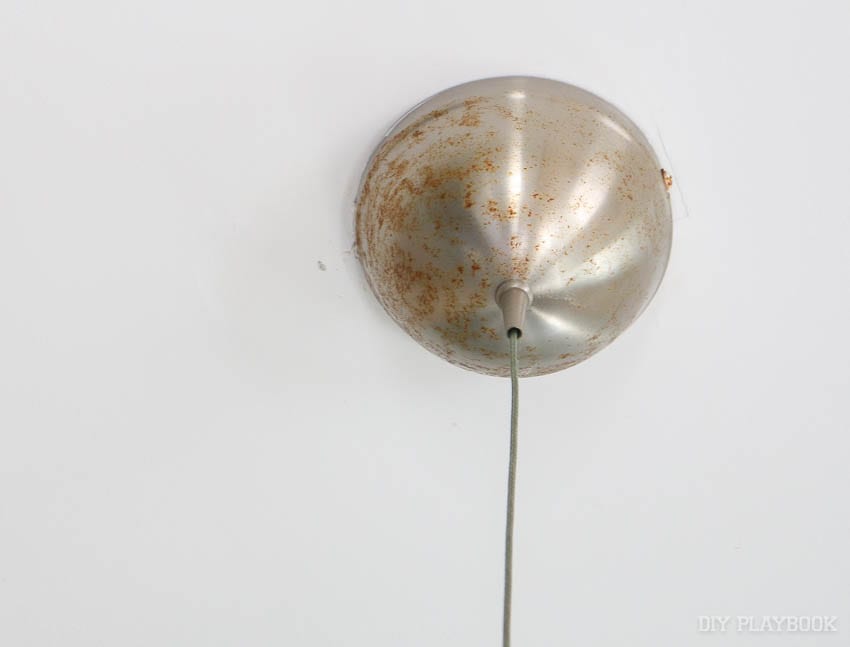 Just goes to show, when you are choosing light fixtures for a bathroom with a shower…you must make sure you find moisture resistant ones! Clearly the previous homeowners disregarded that, and we’ve now got lots of rust developing on the base of these pendants. Not the cutest look. 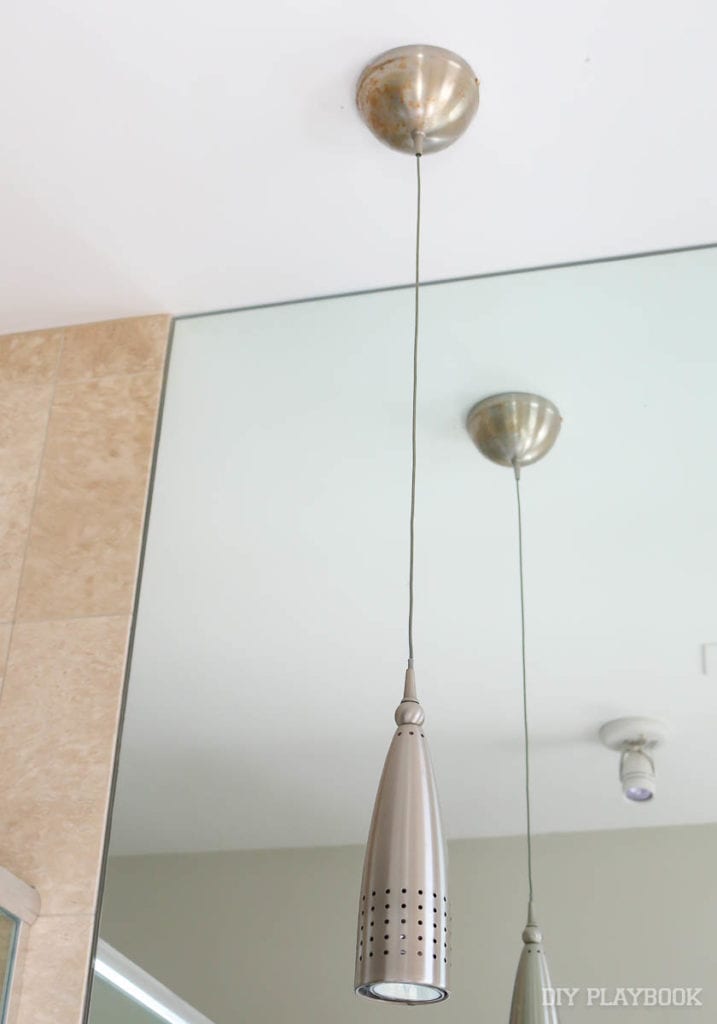 When we first moved in, I considered converting these pendants to recessed lighting. In fact, I even had an electrician look to see if he could do that. But after looking up there, he said we would need to change all of the electrical and I would be better off replacing it with new pendants or flush mount fixtures.

A year later, and I still haven’t touched them.

These lights do give off a fair amount of light, so I want to make sure I replace them with lighting that illuminates the space. Even though we do have other lights in the room, the pendants do come in handy to light the area near the mirror.

I also don’t want to have to reconfigure any of the electrical or mount anything on the wall by the mirror. Instead they must come from the same spot that these are already in, so it’s a quick switch. 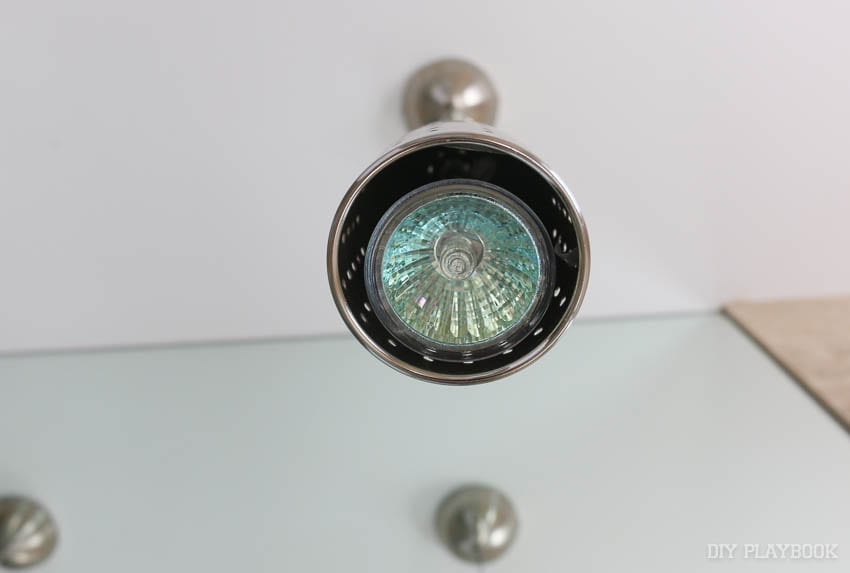 Other than those must-haves, I have NO CLUE what to do. More pendants? Small flush-mount fixtures? HELP?! 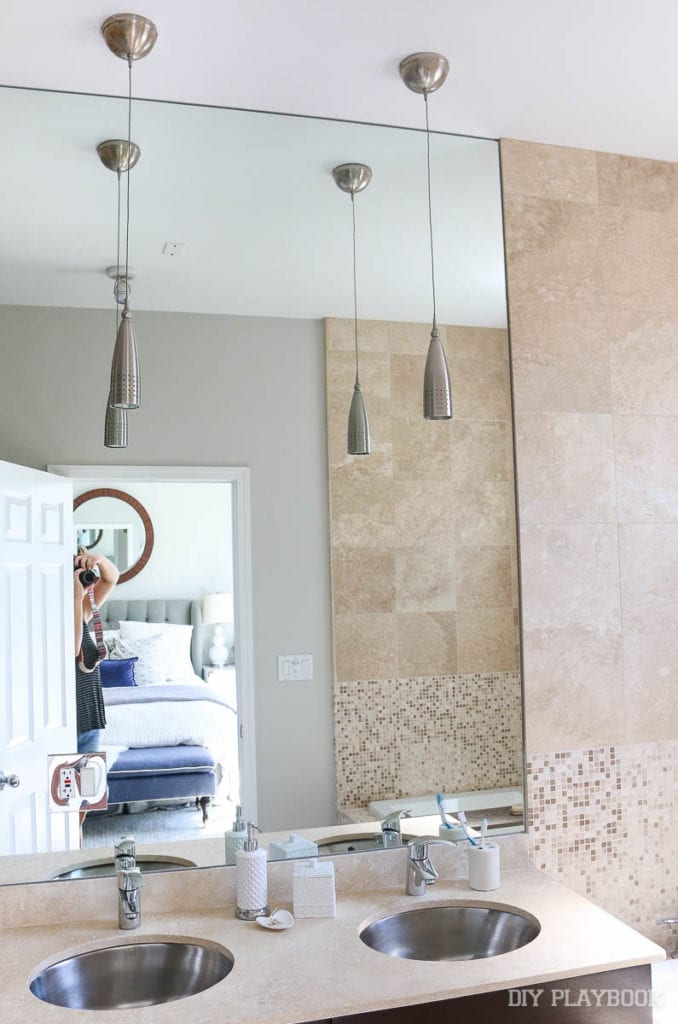 The other metals in this space are chrome, and the sinks are stainless steel. So I suppose I will stay within that family of metallics to keep a cohesive look.

Do I keep the pendants and go for something a bit more dramatic, instead of these dinky silver pendants? 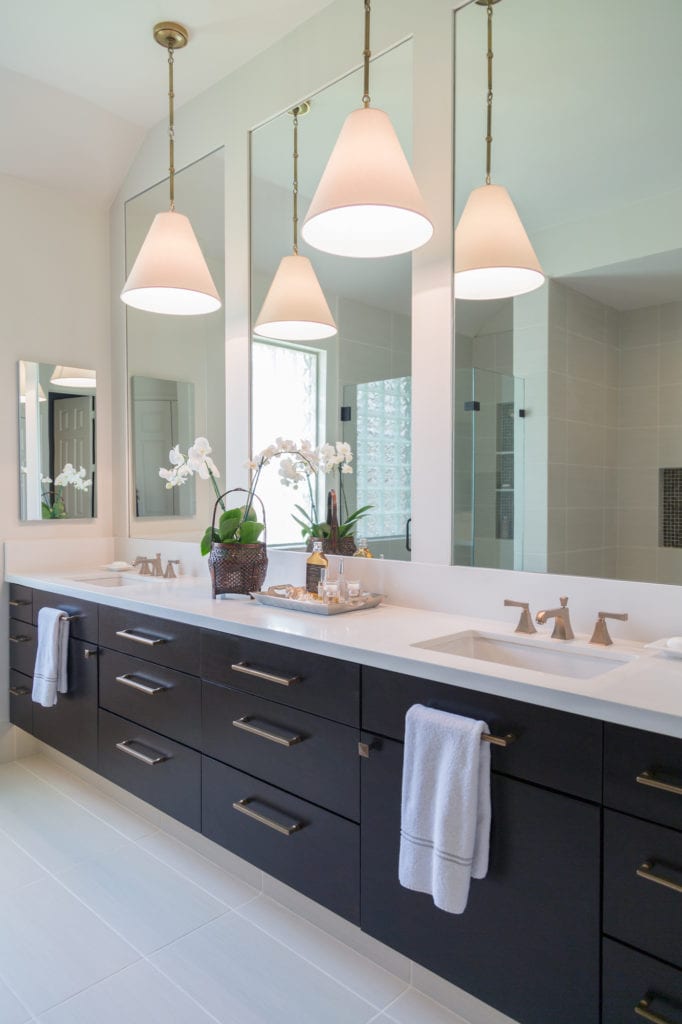 I do like the look of something a bit larger like the inspiration picture above. Or maybe I should go for a minimalistic flush-mount that wouldn’t make a big statement, but instead would just add some light. 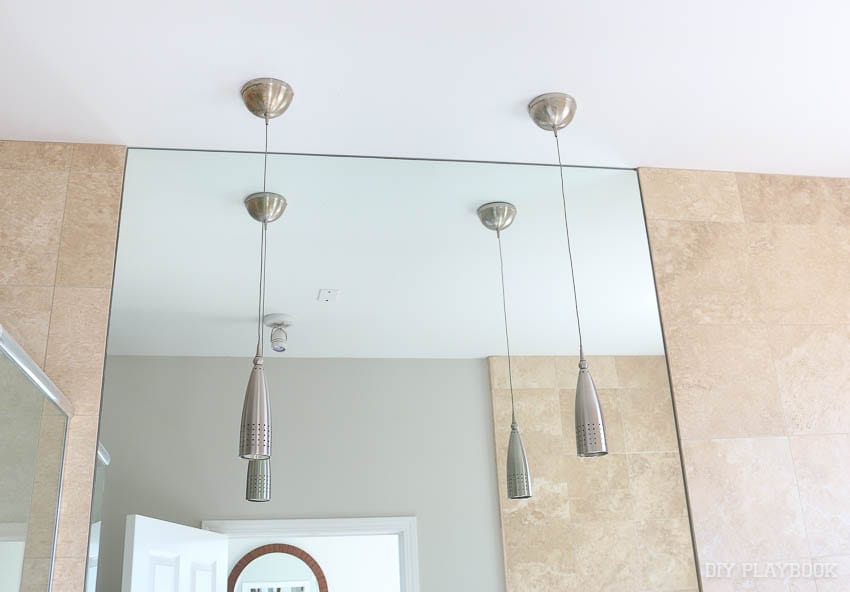 Now I’m looking for your help…what do you guys think I should do? Does anyone else have pendants in their bathroom? Anyone have trouble with rust on their light fixtures in the bathrooms? I’m all ears!