Packing and Moving Tips – How We Stayed Organized

We officially moved last weekend and lived to tell the tale! But I’m not gonna lie, it’s been a stressful and messy few weeks. Because even though we were moving to the new house, we weren’t moving IN to the new house, and that just added another layer of craziness to the entire moving process. 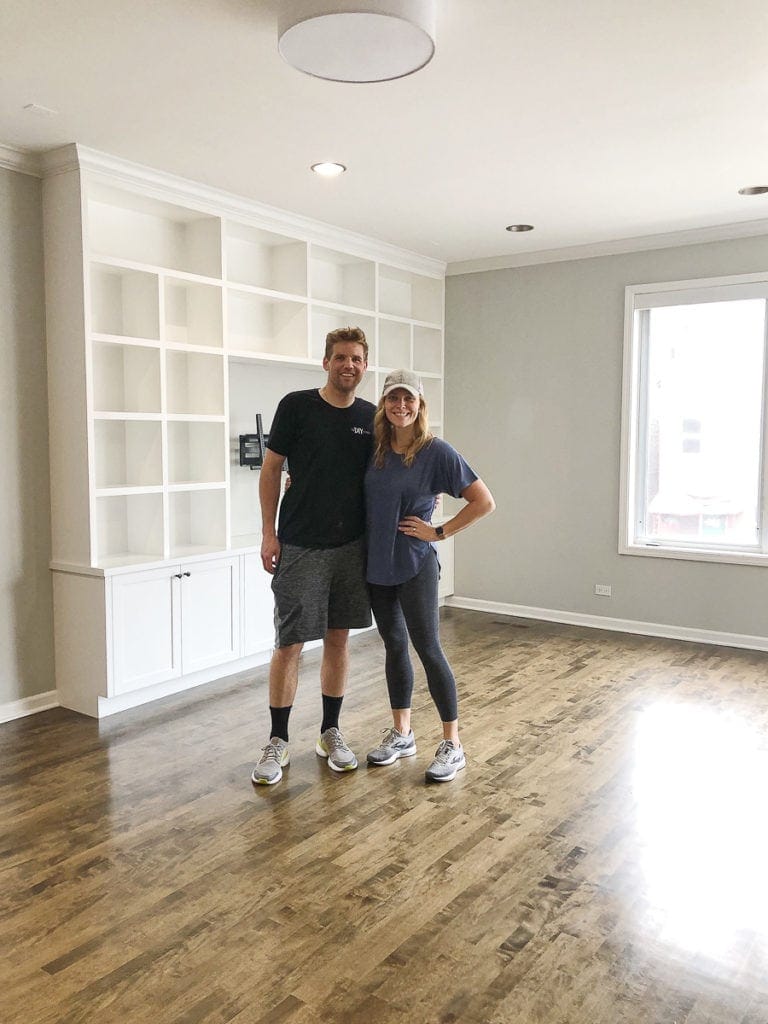 We’ll be staying with my mom for the next two months as our home is renovated. So making a plan for what to bring to her house vs. what should go to the new house was a bit chaotic. But Finn and I are very organized people (a little too Type-A sometimes), and we’ve learned plenty of packing and moving tips over the years. Those tips definitely came into play over the last few months as we sold our condo, bought our house, and planned out our move.

Our Packing and Moving Tips 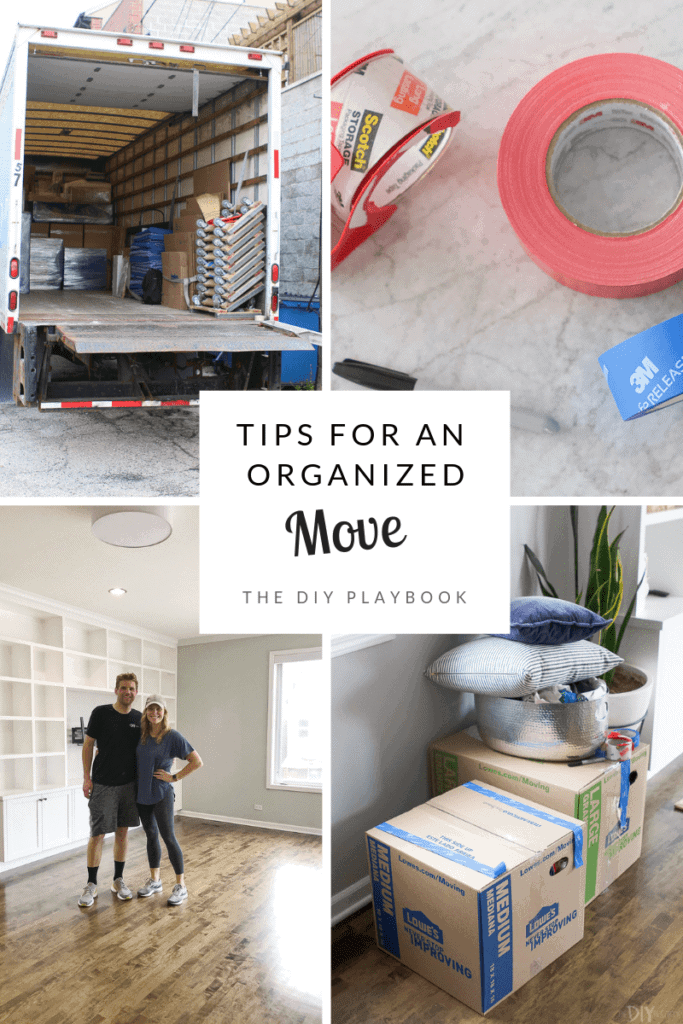 Moving is so much more than just packing up some boxes and hiring a moving truck. It also involves turning off the utilities, making keys for the new house, forwarding your mail, changing your address…the list goes on and on. I think it’s important to go in with a plan and make sure the entire family is on the same page from the beginning. 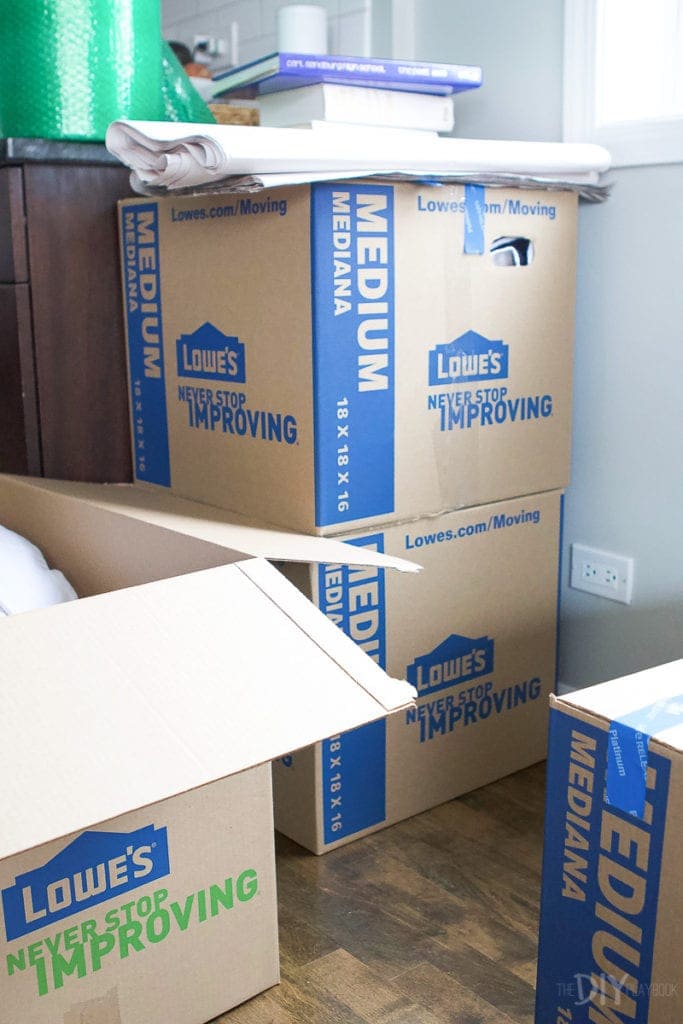 Let’s start with some of the packing tips Finn and I have learned over the years. We’ve moved five times together, so we’ve figured out a good system that works for us. 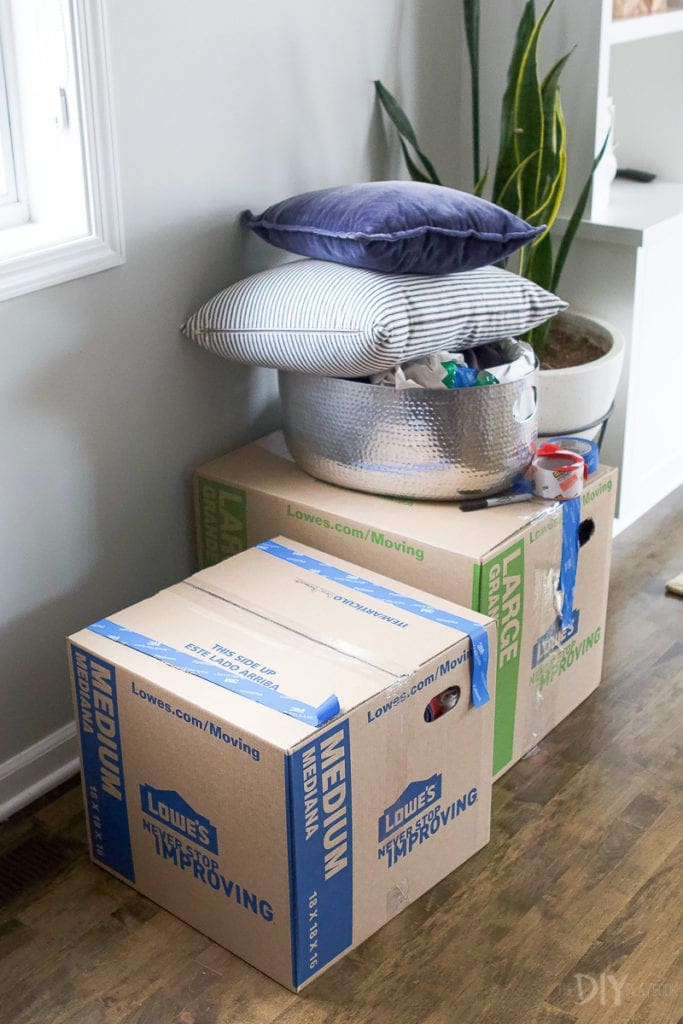 This is the hardest tip for me to practice in real life. I like a clean and tidy house and I get a bit anxious when things are outta place and random items are all over…especially since I work from home. When you’re packing, the mess is inevitable (I’m currently typing this as I stare at a mound of random items on the dining room table, surrounded by boxes and tape. Ugh). So you just gotta embrace the chaos and loosen your grip a little bit. Easier said than done. 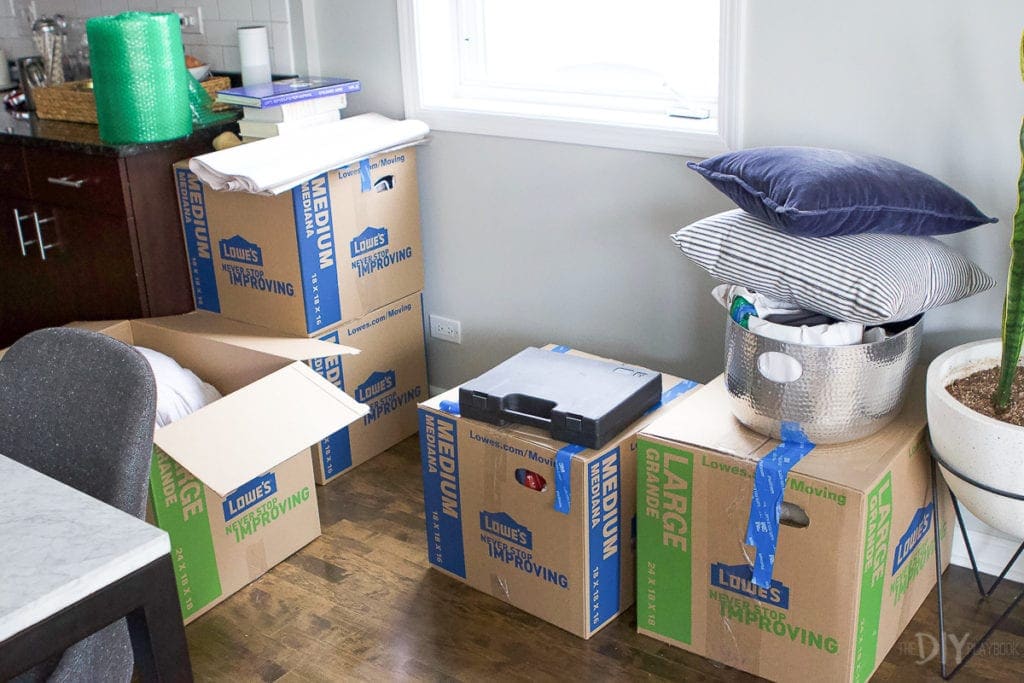 Packing in a small condo makes this even more difficult. Finn and I would pack up 4 boxes and suddenly we had nowhere to walk in our living room. If you have a larger home, designate one area as the finished box area and keep the mess contained.

Purge As You Go 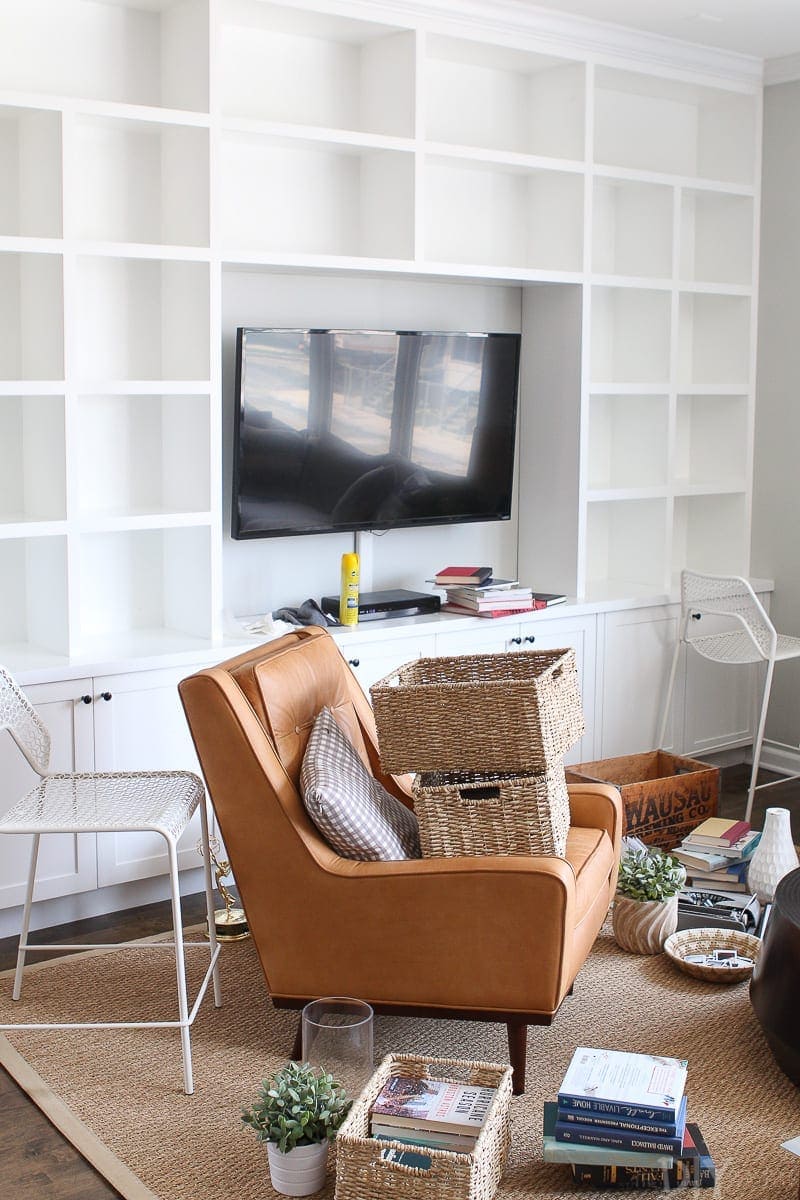 We are constantly getting rid of unwanted items in our home (read this post and this one) and that makes packing 10x easier. We did come across a few things that we wanted to donate while packing boxes and we set those aside to bring to the donation center before moving day. There’s no reason to move items that you don’t want. Save the money and the space and get rid of them now!

Pack Up the Car 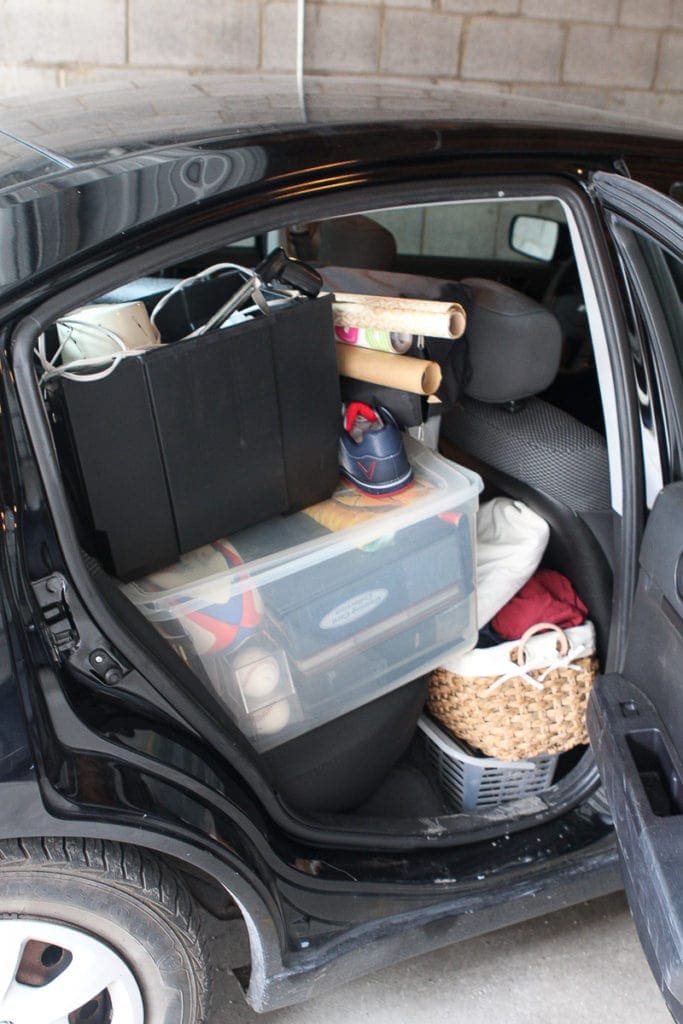 In our case, we’re only moving about five miles away and we owned the house for three weeks before our moving day. That meant that every time I made a trip to the new house, I loaded up the car with stuff. This was a great way to get random items over to the new house that don’t fit well into boxes (wreaths, large picture frames, etc.) As long as you’re heading to the new crib, you might as well load up that car. Except, I feel like I’ve been weight lifting for about three weeks now with all of these car loads! 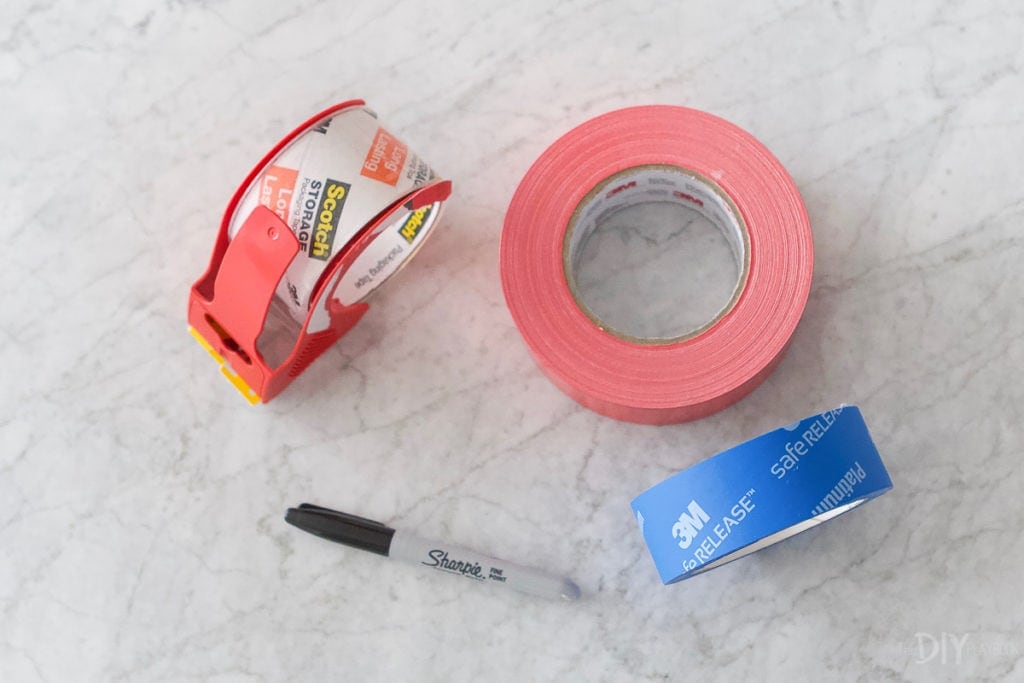 I’ve heard from readers who have advanced labeling systems that they use when moving and that is awesome (some ideas on those below), but figure out what works best for you. If we were moving into the house, I probably would have done different colored tapes depending on the room where the boxes were headed. Instead, we just did red tape for the garage and blue tape for the basement. We also wrote the contents of the box on there, so we know what’s inside. Figure out a system that works for you and stick to it!

Oh, another tip that Finn used as he packed up our kitchen was to place a small piece of painter’s tape on a cabinet when it was empty. That prevented him from opening and closing every cabinet and drawer multiple times making sure it was clear. I was impressed with this genius trick!

You guys ended up sharing some amazing packing tips on Instagram. Here are a few of my favorites. 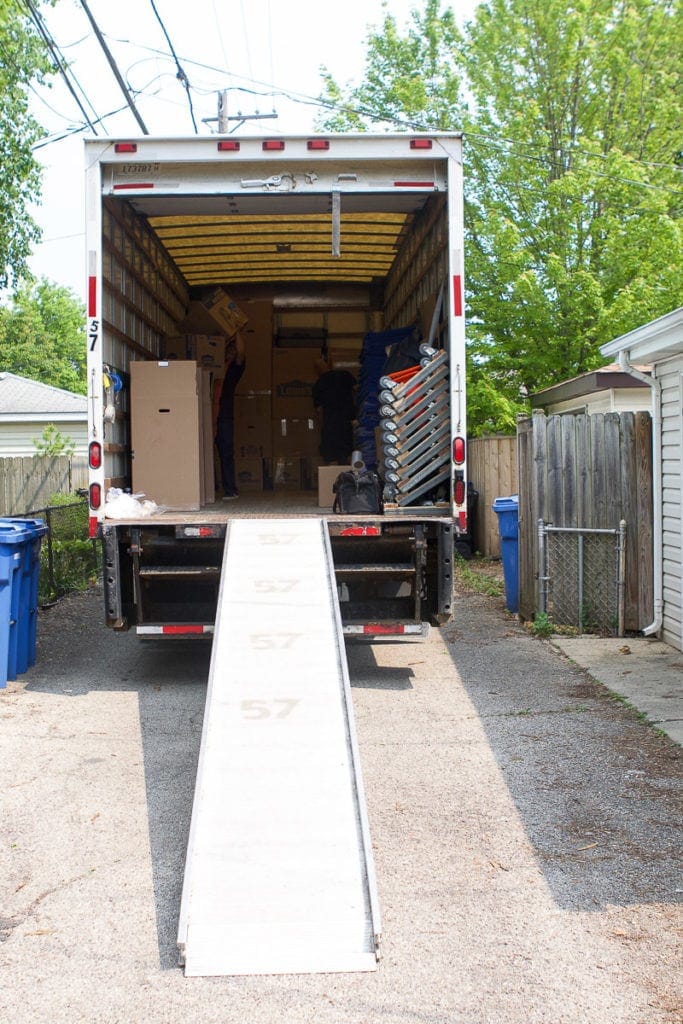 Again, moving is more than just moving day. We did so many tasks ahead of time to prep for our move.

Finn and I like to use google drive for shared documents and I created a google spreadsheet with two tabs…one for our condo and one for our new house. I then added tasks, deadlines, and notes for how to get these items done. With both of us having access to it, we’ve slowly been able to divide and conquer. From canceling our HOA payment to buying new homeowner’s insurance, there was so much that needed to be done, but this spreadsheet kept us on top of everything! 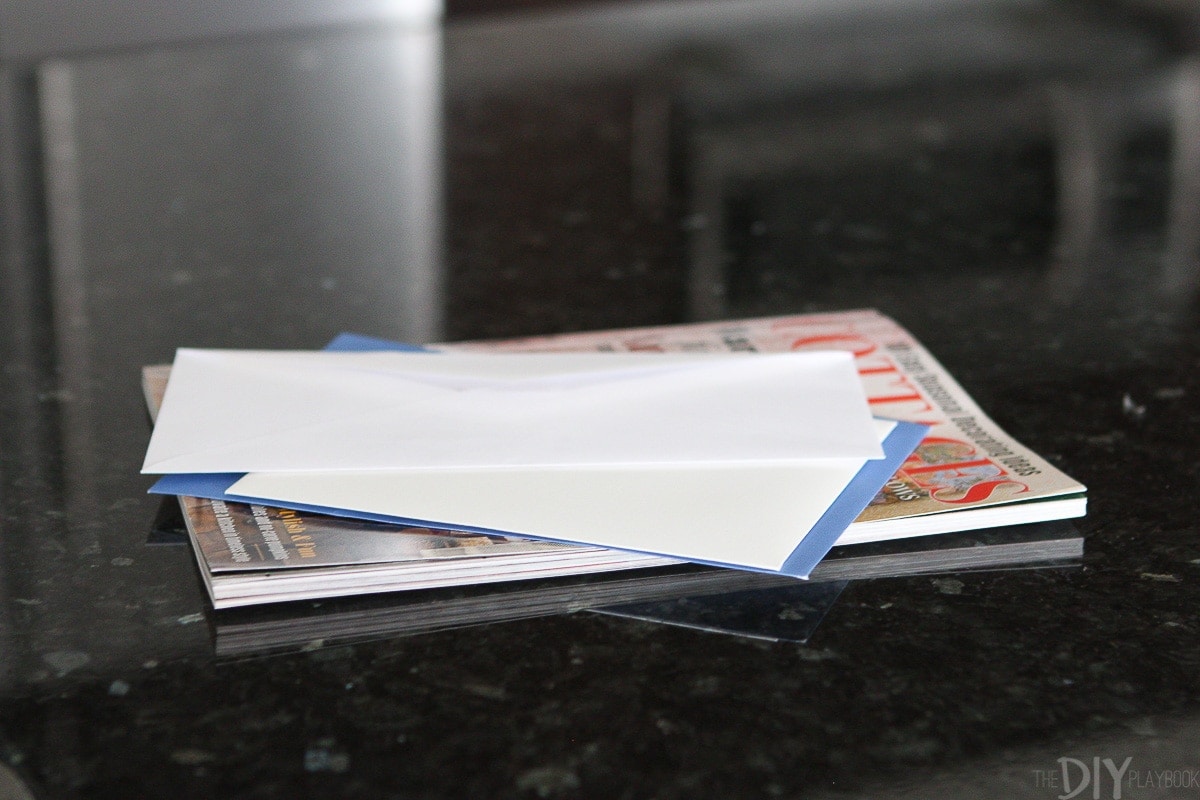 Don’t forget to forward your mail and change your address! It’s actually incredibly easy to do directly online through the USPS. Add it to that list of yours…

We’ve moved in lots of different ways in the past. Last time we hired helpers and then rented and drove the truck ourselves. This time around, we hired movers to do all of the heavy lifting and driving for us. Because we’re not unpacking right away, we wanted our furniture to be wrapped nicely and protected as it hangs out in our basement and garage over the next couple of months. So we decided to go with a full-service move.

If you’re going with that option, make sure you book way ahead of time. I booked in early April and had a hard time getting a Saturday slot in June. If you can move during the week, you might save some money (and there will be extra slots open!). 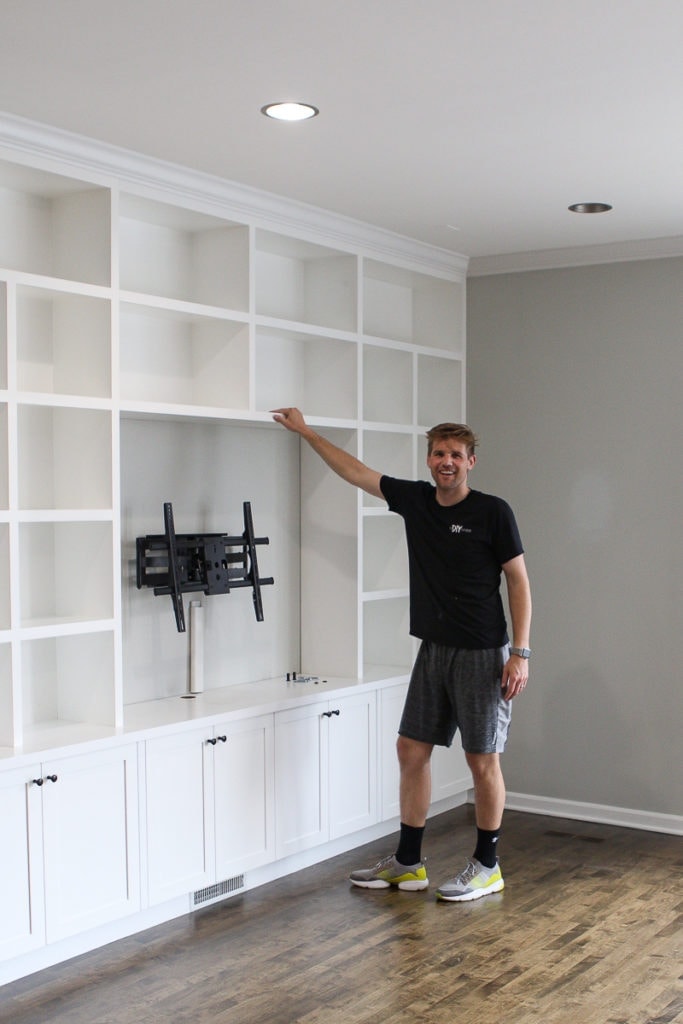 When it comes to moving day, I recommend going with the morning slot. We started our move at 7:30 am and it was the best decision because we were out of our condo by 9:30am, and then done at the house by 11am. Plus, traffic was light early on a Saturday morning and we were able to go from our condo to the new house fairly quickly. If you can, get started bright and early so you have the entire day to get ‘er done!

Here are some of the packing and moving tips you shared with me on Instagram. 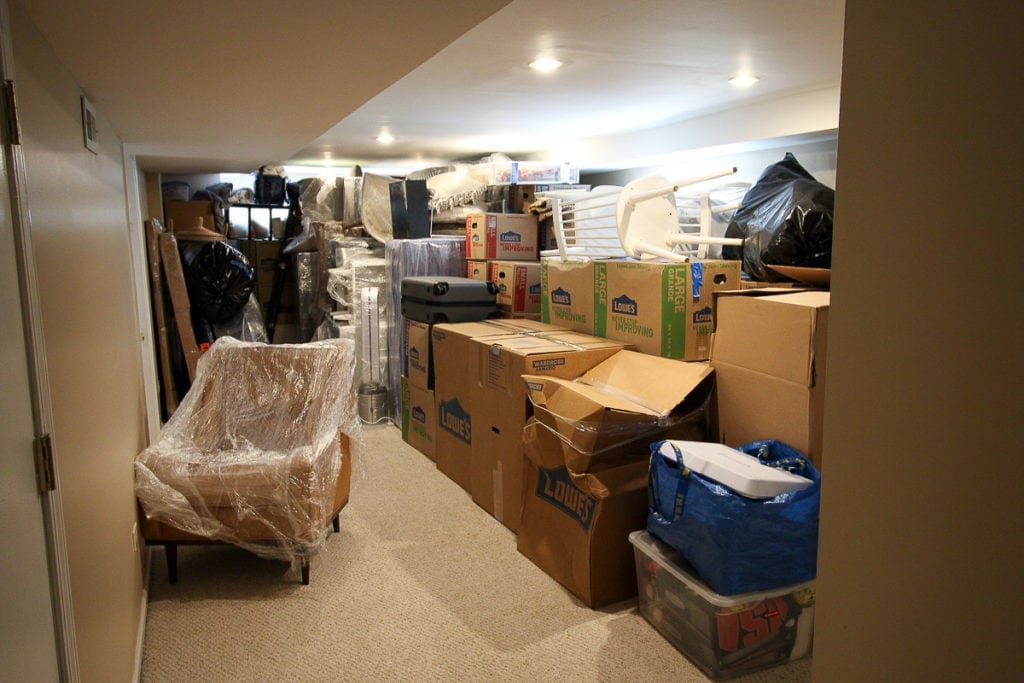 I’m so relieved our move is behind us. Well, I suppose that’s not entirely accurate because at some point we have to move all of this stuff from the basement into our finished house upstairs. But that’s a worry for another day…