Some of my favorite projects here on The DIY Playbook, are the ones that just about anyone can whip up in an afternoon without spending a lot of time or money.

If you like easy, quick, and inexpensive projects…then keep reading. 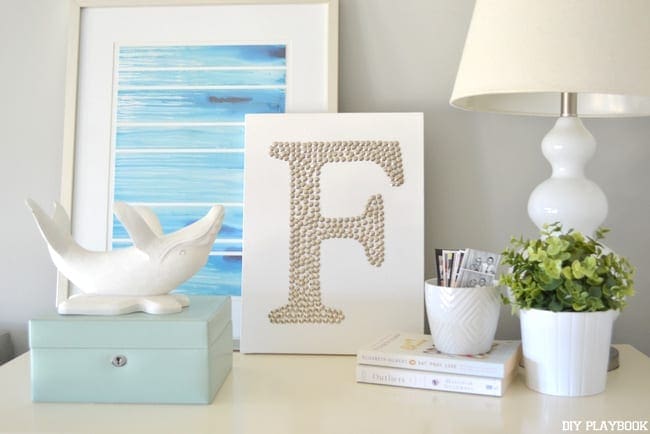 I created this personalized monogram art in about 30 minutes, for less than $10. Yep, this project definitely fits right into the “favorite project” category.  In fact, this project even goes above and beyond because it doesn’t call for any crazy supplies (okay, maybe thumb tacks are a little weird for a craft project). But if you’re like me, then you probably have most of these items on hand already.

So let me show you how I DIY’ed this oh-so-easy piece of personalized art for our home. 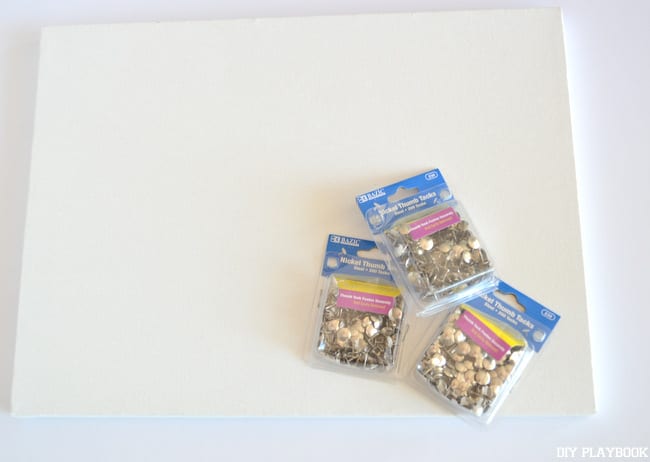 Not knowing how many tacks I would really need, I purchased 600 of these silver bad boys on Amazon. Total cost….about $6.

At first I had no idea what object or shape I would actually create on the canvas. An ampersand? A heart? Letters? Numbers? Hmmmm…so many possibilities.  Ultimately I decided to go with the first letter of my soon-to-be last name. “F” as in Finn. I could say that I chose to go with a big ol’ “F” because I’m just so darn excited to be Casey Finn and I wanted to show off my new last name pride. But in reality, I chose it because I was way too lazy to actually print something off of the computer to trace. Instead I took this F that usually sits on our bookcase… 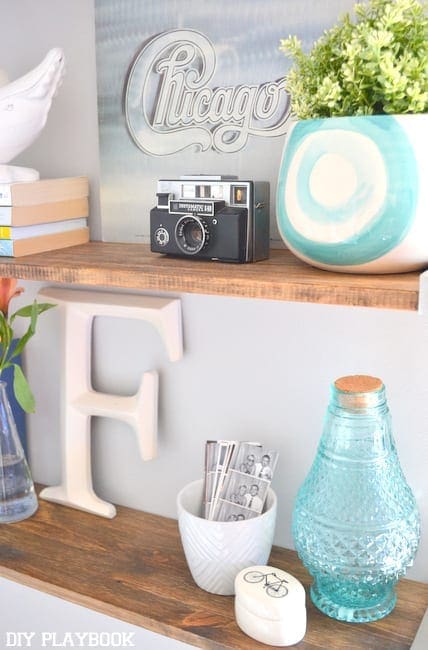 …and I traced that! Yep, lazy in every sense of the word, but at least I had a perfectly drawn letter to show for myself. Once you have your object traced onto your canvas, it’s time to get tacking. I was a little worried going into this step, but it was super easy. I just started by outlining the letter in tacks. It did take some time to line them up perfectly to minimize any space between the tacks. But once you get the hang of it…you can power through. If you mess up, simply pop the tack off and re-insert it into the canvas. It took me about 25 minutes to get all of the silver thumb tacks in and secure. Sure it was a tad monotonous, but I chatted with Finn as I popped the hundreds of tacks through the canvas in to the other side. He was probably half-listening to me chat about how this project might actually turn out okay, and half-listening to Sunday football as I completed my little piece of art. 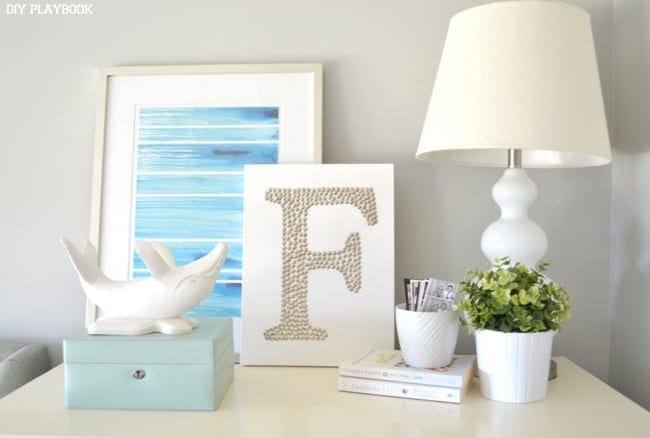 I’m pretty darn impressed with it, if I do say so myself. I love the silver metals against the white canvas. It pops and goes with the rest of the grays and silvers in our master bedroom. I also love the shiny, smooth texture on the canvas. It’s a lot more exciting than anything I could ever paint on the canvas. 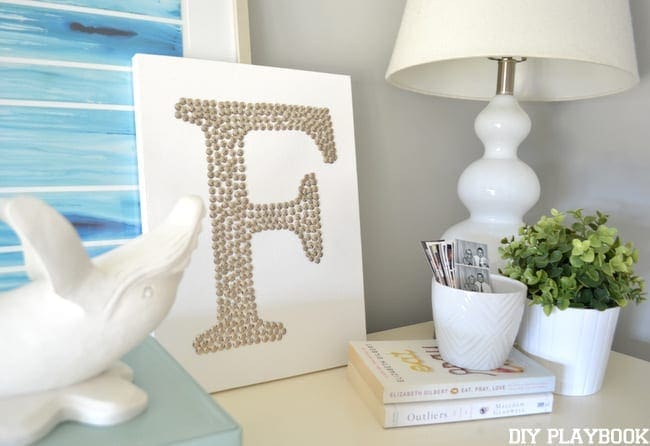 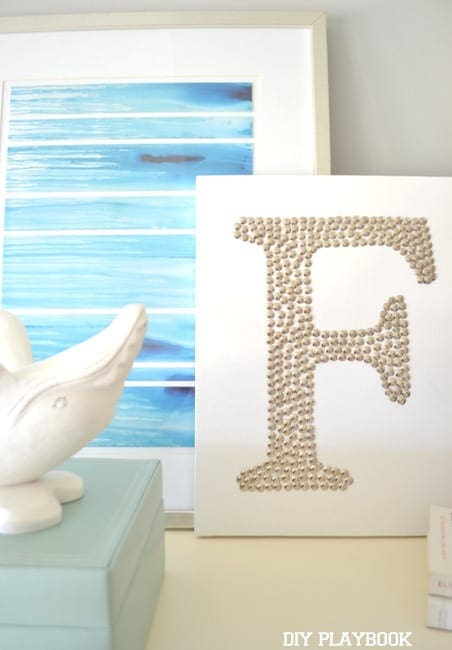 As for the other side of the canvas? Well, it’s probably a tad dangerous with all of the sharp tacks sticking through. If I had a pet or a child, I would probably take some foam core and insert it on the backing. But I’m not too worried about it with the Mr. & I, so my lazy self will just keep it as is.

I have about 200 silver thumb tacks left over, and something tells me I won’t have 200 items to tack up on the wall any time soon. I’m thinking perhaps a piece of metallic art might be nice for Christmas. Something silvery, gold, and full of glam for the holiday season? I’m open to any and all suggestions…