Frugal February 2020 Recap: How We Did

And just like that…Frugal February 2020 is almost over! To be honest, it flew by for us this year (even with that extra day coming up in February!). Because we’ve been busy every weekend doing projects around the house, we haven’t felt as if  we’re missing out on weekend plans because we’re not spending money.

I wanted to do a big recap of how the month went down, along with the tips we learned to save money. Oh, and of course, I will let you know where we “cheated” along the way…

Life happens and there were some instances where I had to break the rules and spend some cash. However, I did my best to make these “cheats” as frugal as possible. 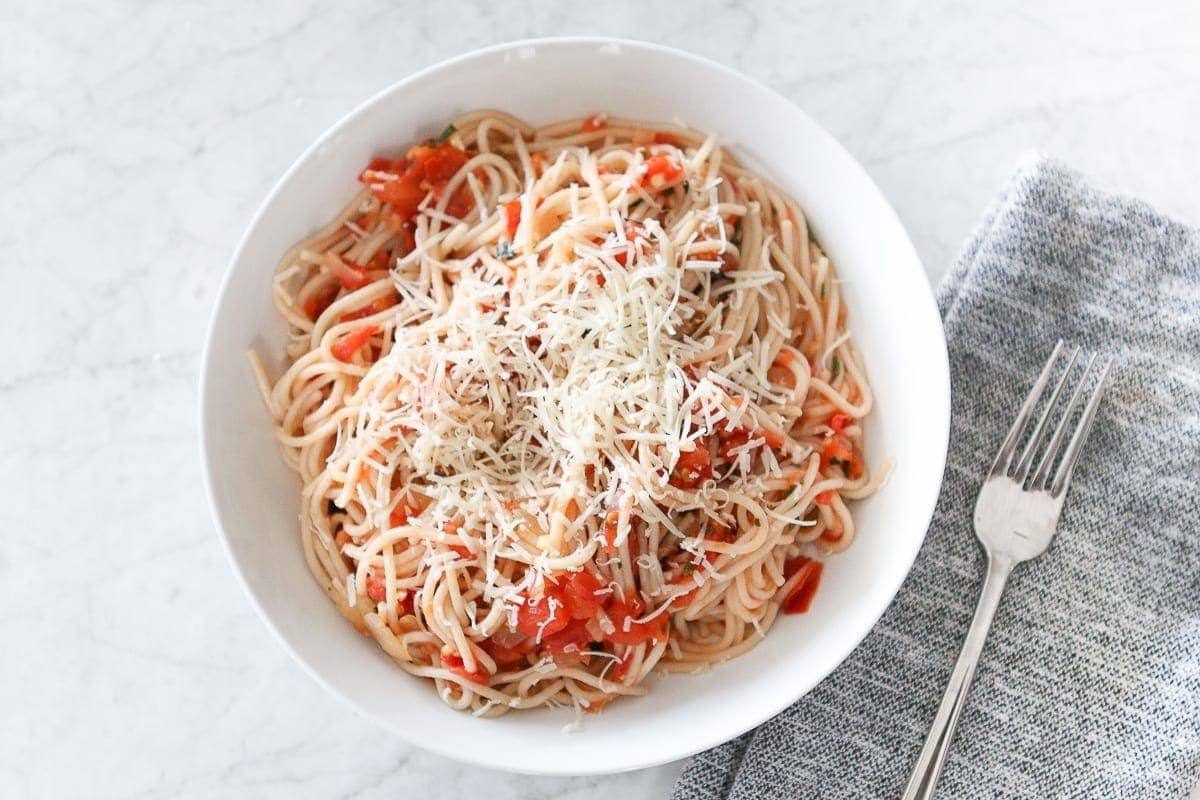 My mom celebrated her birthday earlier this month and usually, I would go over there with some takeout (or we would go out to dinner) so we could be together. This year, I had her over to my house and I made her delicious pasta recipe. We had a wonderful time catching up and I actually cooked and didn’t ruin it (that’s how easy this recipe is!). This recipe also makes so much, so she even left with leftovers for lunch the next day.

However, tonight I’ll have to cheat because as a family, we’re celebrating her birthday. She loves the podcast from NPR “Wait, Wait Don’t Tell Me” and we were able to snag some tickets (we did the same last year and it was a hit!). We’re all going out to dinner before the show, so yep…I’ll be spending money! At least I’m not drinking these days, so that helps bring the bill down a bit. Ha!

My baby shower is next weekend (!!) and I needed to buy a dress for this special occasion. I would have purchased one in January, but I wanted to make sure it fit my growing body. I ended up finding this $25 dress at Target and it’s perfect. First, I can’t believe the insane price tag. I was looking online for a maternity dress and many were well over $100. Our shower colors are sage and blush, so this dress really was meant to be. Oh, and it’s non-maternity so I can wear it all summer long!

I kinda forgot about this one. I had a hair appointment already on the books for February and didn’t want to cancel it. I scheduled out my haircuts so I can get one more in April before the baby comes (gotta get all my appointments in!), so I didn’t want to push this one back. I did end up spending quite a bit of money on this, but it is a line item that we include in our annual budget, so it was expected.

So really, those were my only “cheats”! I think I did the best I’ve ever done to save money during Frugal February. Major pat on my own back. Now, let’s move onto the new habits I created to save money and be smart about our purchases around here… My wallet always has extra gift cards in it (especially after the holidays) and I always forget to use them! Not during Frugal February. I swear I had about five Starbucks cards just weighing down my wallet. On days when I needed to get out of the house to get some work done, I would head to the Starbucks, down the street, and I always used a gift card. You guys also clued me in on joining the Starbucks rewards program where you can automatically upload your gift cards onto the app (no more lugging them around) and you get rewards, like free drinks! On big DIY days, we usually head to our local diner for a huge breakfast. Filling up in the morning keeps us fueled for hours and leads to less “hangry” moments between the two of us. Then, we usually order yummy food for dinner to treat ourselves after a long day of work. We’ve spent hours and hours every weekend working on our DIY office built-ins and it was reaaaaalllly hard to not spend money on food those days. When your kitchen is a mess and full of tools/supplies, the last thing you want to do is cook!

To combat this, we stocked up on lots of breakfast foods at the store (hash browns, English muffins, eggs, etc.) and Finn would wake up early and cook us a big breakfast. Throughout the day, we snacked on lots of nuts, and then at night we would usually make a frozen pizza instead of ordering out. One Saturday night, we almost cheated and ordered Lou Malnati’s deep dish pizza. But after typing in our order and seeing that it was going to be over $40 for the food and delivery, we opted for our Home Run Inn frozen pizza instead (and it totally hit the spot!). 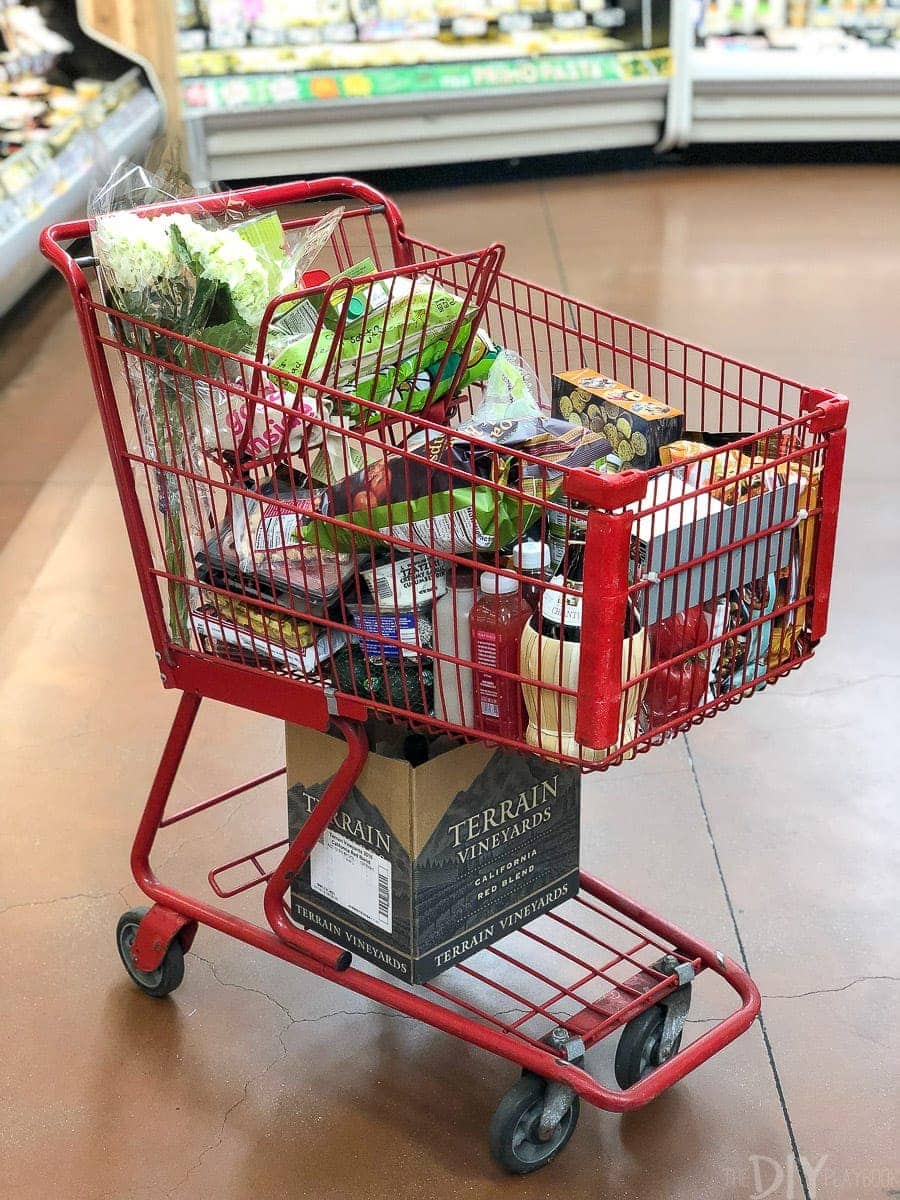 I’m not a huge fan of food shopping, while Finn absolutely loves it! We ended up doing a huge Costco run on the last day of January and we stocked up on so many goodies. We bought lots of frozen fish, chicken, and veggies that we could make for lunches, along with nuts and snacks that we could have any time of the day. I need to work on a post about our typical Costco grocery list, but in the meantime, you can check out our Trader Joe’s shopping list (love that store). Making a list, buying foods that will last, and food prepping each week really helped us save on our grocery bill this month.

Finally, my FAVORITE part of Frugal February…our themed date night. We did an Olympic themed night in 2018, a beachy date last year, and then this year we opted for a 90’s night to relive our childhood. It was totally rad and actually ended up being on Valentine’s Day! What better way to celebrate the holiday than at home, together, having fun?

I dressed up as Baby (on the way) Spice, while Finn donned his Bulls shirt and hat straight from the 1990s. We snacked on gushers, fruit rollups, bagel bites, pizza rolls, and yoohoos. For our entertainment, we had a five-game series playing Don’t Break the Ice, Uno, Slinkies (down the stairs), Yahtzee, and Crocodile Dentist. When one of us lost a game, the loser had to eat a sour Warhead (oh my goodness, how did we eat so many of those as kids?!). 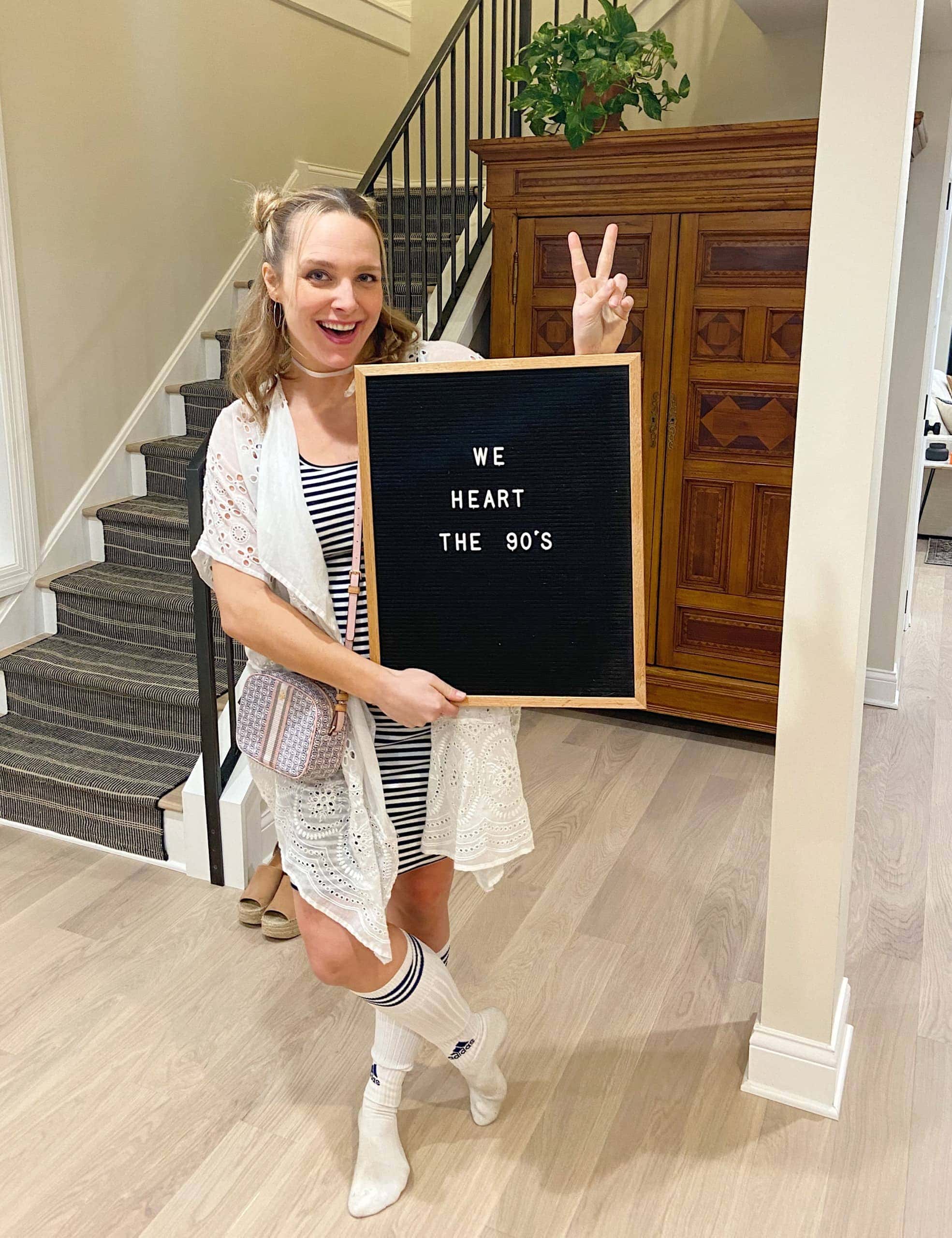 It was a close game, but I ended winning it all! We had so much fun blasting 90s tunes and chatting about our childhood during each game. It was definitely a night to remember.

Frugal February 2020 Recap – How Much Did We Save?

In the end, we did really well this year…saving about $1,350!! Plus, we had a super productive month getting projects done around here. All in all, I think it was a very successful Frugal February, but I’m not gonna lie…I’m excited for March to arrive.