We actually have two “junk drawers” in our kitchen. One is mostly mine (because it’s filled with stuff I use most often) and one is mostly Matt’s (because it’s filled with his stuff). When we moved in and originally organized our kitchen, I bought two of these bamboo drawer organizers and got right to work filling them with our junk drawer essentials. Since then one of the junk drawers works really well and is still very neat and organized, but the other one is a complete disaster. No matter how many times it gets re-arranged (cough-cough…. at least once a week), the drawer quickly relapses to its old, disheveled self.

Matt is amazing at a lot of things and works extremely hard to keep day-to-day operations around our home in tiptop shape. He makes the coffee each morning, does the grocery shopping, warms up the cars before we leave for work…. heck, he even irons! The man always gives 150% when helping around the house and totally spoils me on an everyday basis. He’s pretty awesome at A LOT of things, but one thing he’s just not a “natural” at is organization. Lucky for him (or maybe unlucky for him), he’s married to someone who actually LOVES to organize. #truth #myguiltypleasure 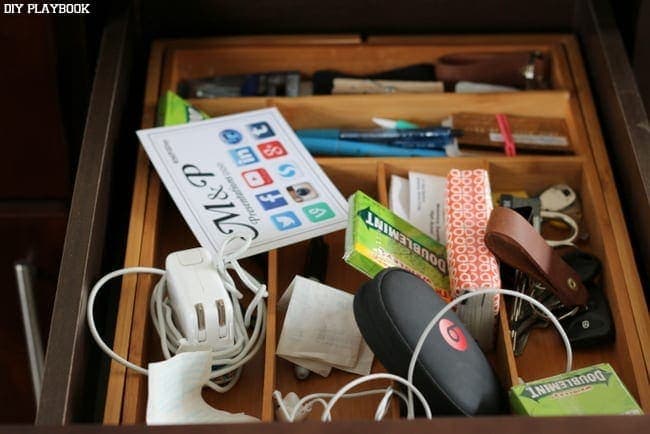 Clutter and disorganization stresses me out and as much as I can’t actually see the mess in his junk drawer when it’s closed, knowing about the disorganization that lurks makes me cringe inside. I would arrange and re-arrange his junk drawer just about every time I opened it and without fail, the next time I opened the drawer it was back to a hot mess. 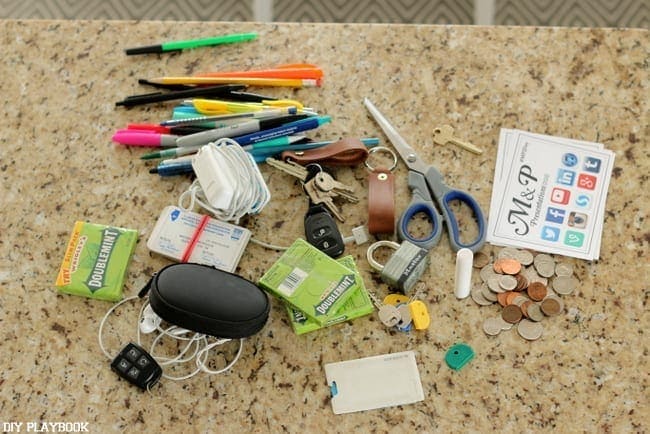 After six months of chasing my tail by arranging and re-arranging, I finally realized that I was trying to force a system that clearly was not working and totally wasting my time in the process. Bottom line: If I wanted different results, I needed to try something different. 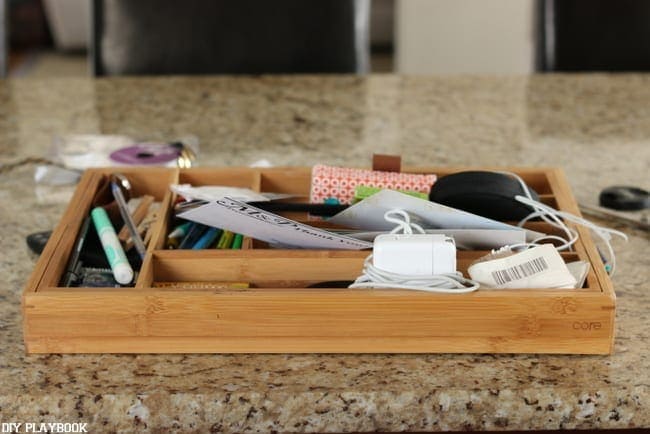 So I set out to create a simple and inexpensive solution that Matt could keep organized with very little effort. I was confident that if I provided a system like that, Matt would always find his stuff, and I would save myself a lot of time not trying to reorganize it so often. #WINWIN 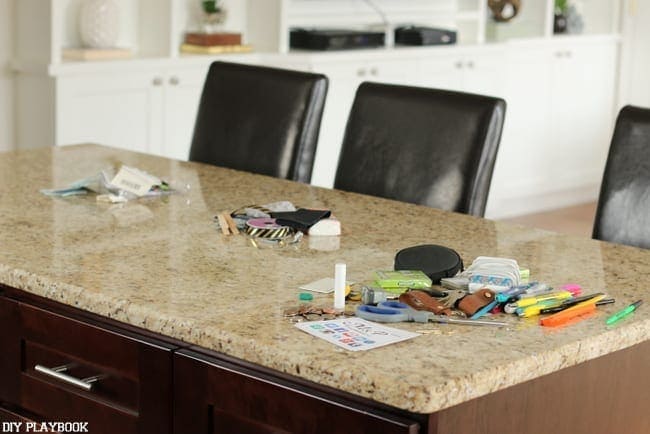 Just like any organization project I tackle, I started by taking everything out of the drawer (including the bamboo organizer). Then I sorted the stuff into three piles:
1. important items that should stay in the drawer
2. items that could be stored elsewhere (ie. the office)
3. garbage 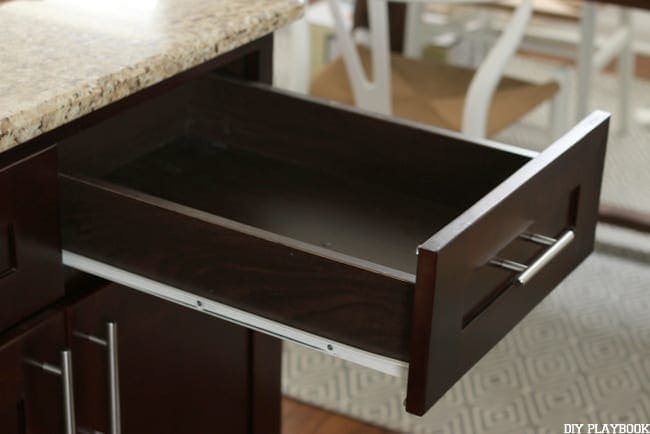 Then I measured the drawer’s dimensions and headed out to HomeGoods to find small containers that would act as individualized compartments for Matt’s junk drawer essentials. I knew that having a “home” for everything in the drawer would definitely help Matt keep this space organized. 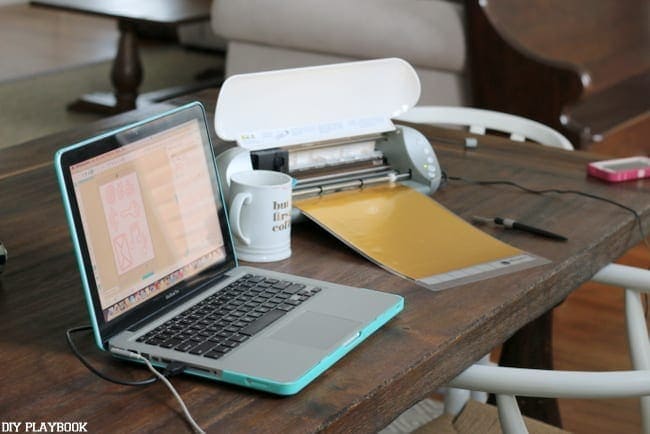 I spent $19 on random containers in the HomeGoods’ office section. Then I used my Silhouette Portrait and this sticky, gold foil paper to print out labels for each of Matt’s new containers. <— in wife language: no excuses for him to let the drawer go back to its old, ugly ways. 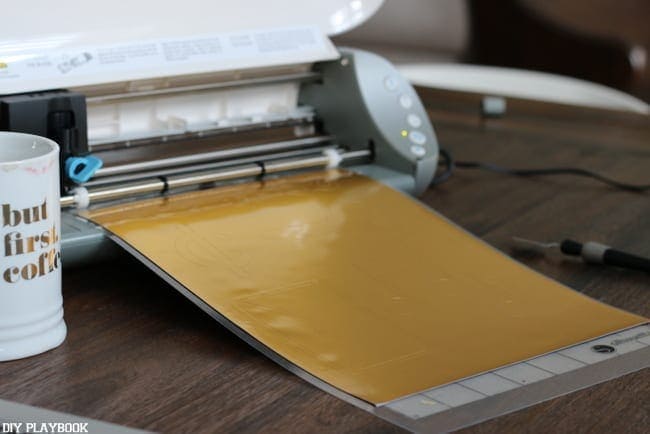 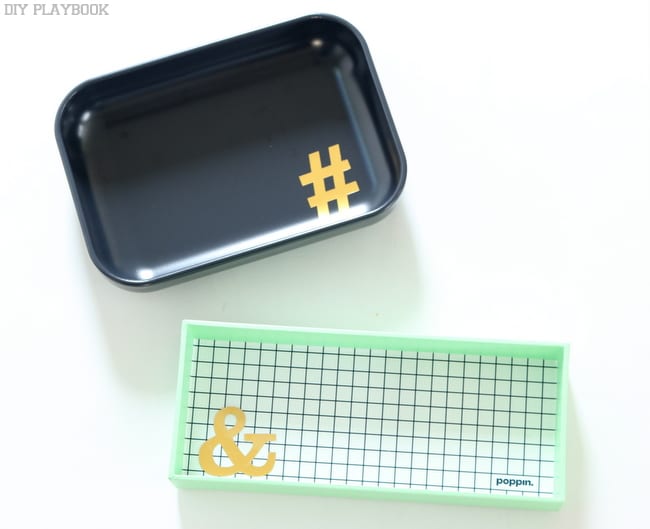 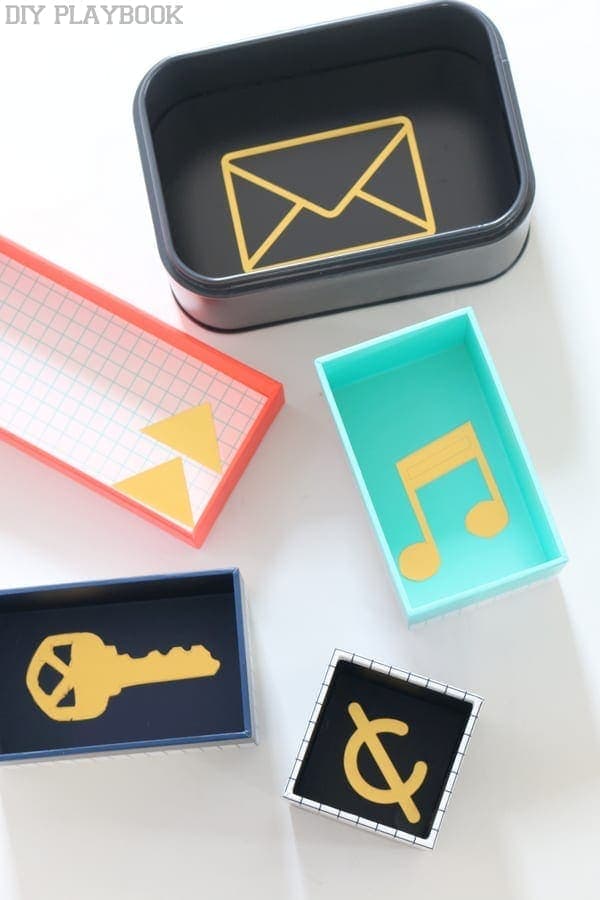 I peeled the shapes from the gold sticky paper and stuck them to the bottom of each container. I chose simple symbols that made the system functional while really increasing the cuteness (Music notes for his headphones, a key for our car keys, a cent symbol for his spare change, and ampersand for his loose odds & ends, etc). 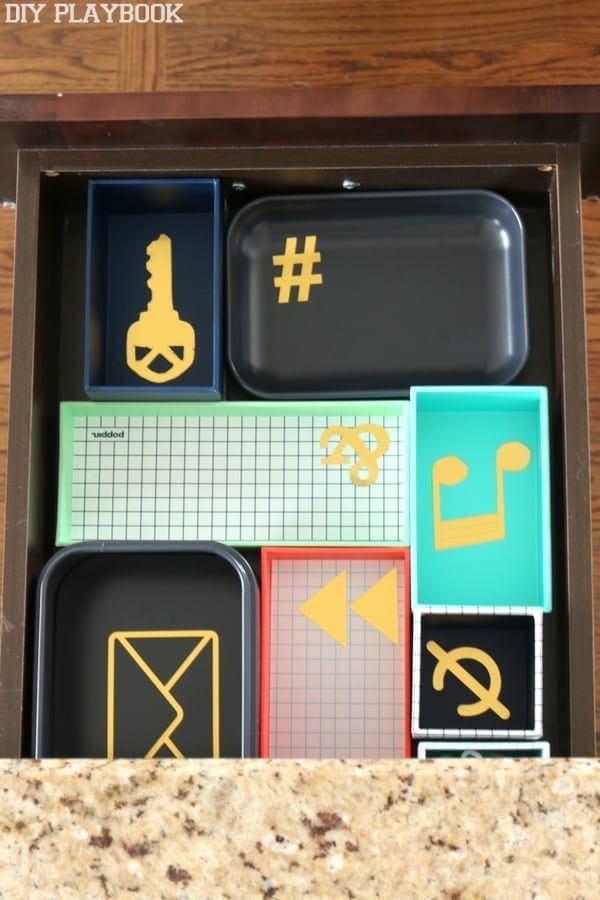 Then I arranged and re-arranged the containers back in the drawer until I found the configuration that wasted the least amount of space while being the most functional for Matt’s stuff.

Before long, the new system was in place and looking fabulous! I especially loved that the mini containers ensured that each item had a specific home.

Fast forward a month and I am happy to report the drawer is still looking fabulous… without me intervening to arrange or rearrange (woo woo!). It appears as though maybe Matt’s organizing skills weren’t to blame on this one, maybe all he needed was a system that actually worked for him & his stuff. 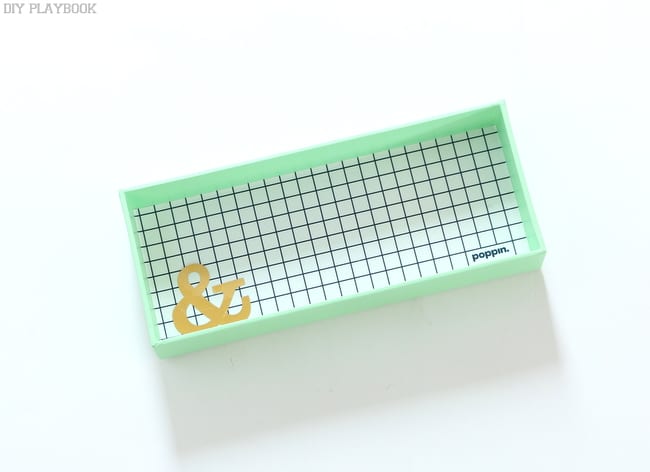 To celebrate this major victory, we are giving away a FREE Silhouette Portrait to one lucky reader in hopes that this amazing machine can continue to solve everyday household challenges in style! Details on how to enter here —> a Rafflecopter giveaway